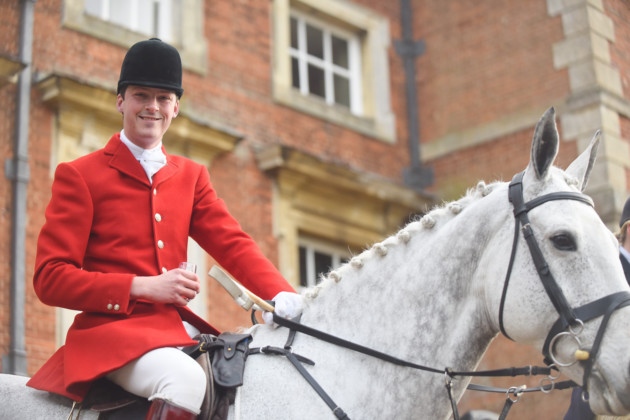 What an absolute tool.

In the age of social media and smartphones, it kind of goes without saying that you can’t be too careful what you say to people because you never know who might be filming.

One man who definitely doesn’t live his life by these rules – and has paid for it – is Tory councillor Charlie Carter. Carter is councillor with Breckland Council and recently was filmed by a fox hunting protestor embarking on a hunt in West Yorkshire.

Whilst I concede there’s no actual evidence of him fox hunting in the video and it might have been quite annoying for him to be picketed by this woman if he hadn’t actually done anything wrong, Carter’s response is completely bizarre and irrational as he starts filming the woman himself and berating her with lewd comments about how he wants to sleep with her:

Wow, what an absolute tool. Where the hell does he get off spouting crap like that to people, especially as someone who is supposed to be serving the public? I suppose in fairness to the guy it does seem to have rattled the protestor a bit judging how her attitude changes afterwards, but you can’t really go around saying shit like that to people, no matter what your profession or job.

You’ll be pleased to hear that Carter was forced to resign after the video went public. I imagine he’ll keep fox hunting and him and his posh mates will probably have a massive laugh about it next time they’re out on the killing fields together. So it goes.

For more dickheads getting called out for sexually harassing women, check out this asshole basketball coach performing some of the most cringeworthy bullshit of all time. Seriously.