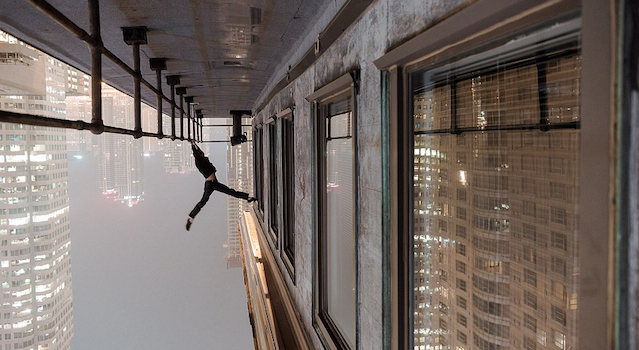 Rooftopping is taking off worldwide and the latest city to get some awesome rooftop shots is Toronto, Canada.

Rooftopping is apparently a craze now whereby daredevils climb to the top of humongous buildings and try and get the best pictures possible from these locations, usually of them doing crazy stuff like hanging or balancing on the edge. We’ve featured pictures like this on Sick Chirpse numerous times – like the Russian kids who climbed up the pyramids and then went to Dubai to scale the skyscrapers – but I didn’t realise that it was a full on craze right now.

Turns out it is and one of the people at the forefront of the movement is Toronto native Tom Ryaboi, and he’s recently completed a photo collection in the city, although it unfortunately doesn’t include him dangling off the top off the CN Tower which was once the tallest building in the world. Ryaboi says that he’s had an affinity with heights since he was a toddler, having climbed up to the top his parent’s refrigerator ‘just to see what was up there’.

He says he really enjoys the feeling of isolation he gets when he’s on top of buildings hundreds of feet above the pavement. Interestingly, Tom said it wasn’t always the highest buildings that give him the best views, but lower buildings nestled between the tall ones as you really get a sense of the ‘urban jungle’ from these ones. 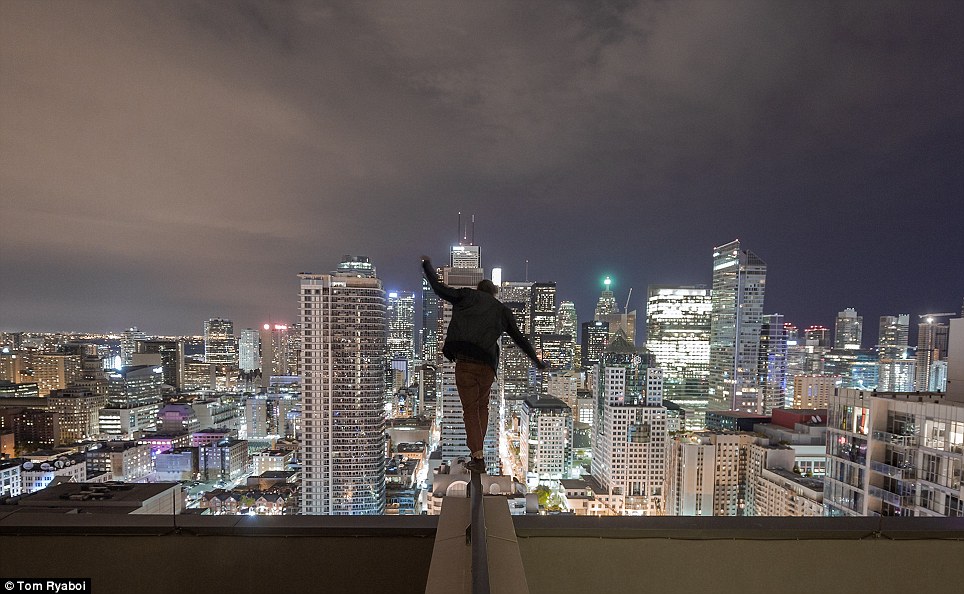 More pictures on the next pages: