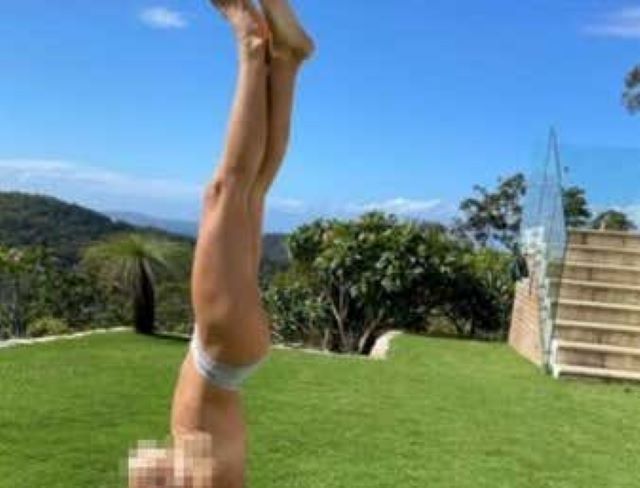 Aussie snowboarding champion Torah Bright is catching a load of grief on social media over a partially nude breastfeeding photo she shared on Instagram and Facebook on Mother’s Day.

For some reason, people had a problem with Torah doing a headstand at the same time her 10-month-old son was feeding from her breast:

Necessary to share on social media? Probably not. But what kind of person would actually take issue with that picture? These kinds of people…

Absolutely inappropriate. Why does she feel the need to show this to everyone.

I’m not a fan of exhibitionists. Clearly thinks very highly of herself that she thinks people want to see this.

Creepy… people would do anything for Followers 🙄

Obviously you don’t have to like the photo, but if that’s the case you would just ignore it, surely? Why would you actively diss a new mother/world class athlete/world champion on her own social media profiles and try to bring her down over a happy photo with her son, on Mother’s Day no less!

Torah responded to the haters with this simple message on her IG stories:

Reading some of these comments made me sad.

Yeah, unless there are harmful side effects of topless breastfeeding while doing a headstand that we don’t know about, I really don’t see the issue. In fact who knows? Maybe the milk flow is even better when you’re upside down. Haters gonna hate I guess.

For the woman who was forced to ‘prove she was lactating’ by squeezing her breast at a busy airport, click HERE. Oh dear.