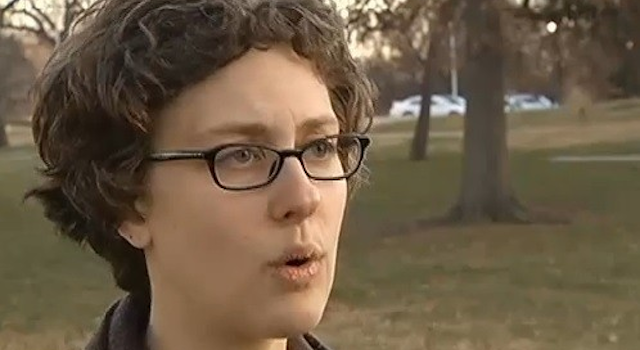 If someone was filming you trying on different bras and you spotted them what would do?

Although this action kinda defeats the point of the original crime, it still deserves props for bringing perverts to justice and not letting them get away with doing this whack shit.

It all went down in a Kohl department store in Lenexa, Kansas when Jeanne Oullette was trying on bras and she spotted a dude called Jeremy Bradley videotaping her through a crack in the wall. Understandably outraged, Jeanne legged it after the dude even though she had nothing to cover up her boobs except her hands, and so ended up running through the department store topless after the culprit.

Unfortunately Bradley was way faster than her and managed to hightail it out of the store and Jeanne thought better of running around outside with her boobs flapping around. Fortunately though, she had raised enough of a commotion that everyone else in the store gladly carried on the chase for her, until they managed to apprehend him three blocks away. Sounds like quite the chase.

Bradley was arrested and charged with breach of privacy. A conviction could mean a year in jail and a $2500 fine.