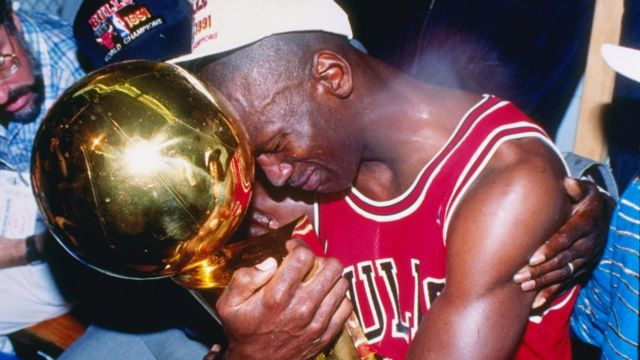 How soon before MJ is playing again?

Serbian basketball coach Bozidar Maljkovic has won four EuroLeague titles with three different clubs and now serves as president of the Olympic Committee of Serbia, so you’d think he’s someone who 100% knows what he’s talking about when it comes to basketball.

Well apparently not, because he’s claiming that Michael Jordan (yes, THE Michael Jordan) would’ve just been an ‘ordinary player’ if he had competed in Europe in his prime.

European basketball coach says Michael Jordan was “an ordinary player” and would average 16 points per game in Europe https://t.co/hRRnJI1Hrw

The revelation came from former NBA star John Salley, who played for Maljkovic’s Panathinaikos team in Greece just after being part of the Chicago Bulls’ 1995-96 title team. In Jeff Pearlman’s book ‘Three-Ring Circus: Kobe, Shaq, Phil, and the Crazy Years of the Lakers Dynasty’, he wrote:

“Salley tells that as soon as they were introduced, Maljkovic told him that Michael Jordan (with whom the power forward had just been champion) was ‘an ordinary player’ and that ‘in Europe, he would average 16 points per game.’ At that time, according to this book, Salley had it clear: ‘There I saw that it would last a short time there.’ It was, finally, seven weeks.”

So despite Michael Jordan averaging 30+ points a game during his NBA career, this guy reckons he would have been average at best if he had played in Europe. Michael freaking Jordan! I mean imagine watching Michel Jordan during his NBA days and thinking he would be simply ‘ordinary’ in Europe:

Welp, if we learnt one thing from watching The Last Dance on Netflix, it’s that 57-year-old Michael Jordan is not going to take these comments lightly. In fact I wouldn’t be surprised if he’s back in the gym training and plotting his comeback as we speak just so that he can go over to Europe and dominate the leagues there and prove Bozidar Maljkovic wrong.

I mean there’s no way MJ read this quote and didn’t immediately start burning up with rage and anger. If there’s one thing he doesn’t let slide it’s people talking shit and disrespecting him and making out like he isn’t one of the best basketball players to ever do it. Bozidar Maljkovic may have just opened up Pandora’s box with this one.