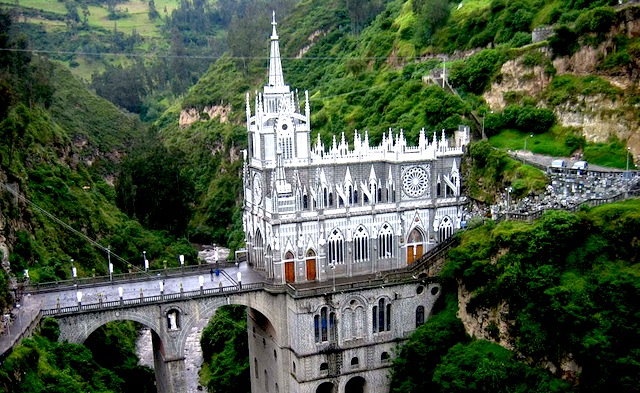 You have to admit it, there’s some pretty impressive religious architecture knocking about on planet earth. Here’s some of the best around.

Whatever your view on religion, no one can deny that god has employed some pretty dazzling architects throughout the ages. From ancient wooden churches in Scando countries, to the monolithic impositions of medieval Rome. God’s mark is everywhere. Nowadays a church meeting is more likely to be held in a village hall or an abandoned office block than a grand and imposing building; I guess that’s due in part to the spiraling costs of land and roofing lead, a progressive lack of interest from the masses and the ever onward march of Richard Dawkins.

So, for your general viewing pleasure I’ve flung together some of the most awe-inspiring structures ever built under the inspiration of Christianity. The title decrees that they are the most amazing in the universe, but I can’t back that up with any facts I’m afraid, just enjoy the pictures.

1) The Church of HallgrÃƒ­mur, Iceland

This amazing structure stands with an air of arrogance in ReykjavÃ­k, Iceland. It’s a Lutheran parish church and stretches about 75m into the cold bleak skies at its highest point. It has the lowly title of being the fourth highest structure in Iceland. That’s probably not much of a claim to fame is it? There’s only about 3 people per km2 living there. I’m surprised they had enough people on the whole island to build it? Having said that it did take nearly four decades to build. No one likes working in the cold do they? 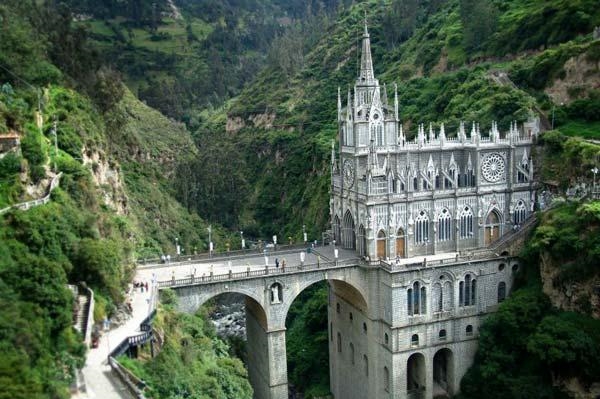 Las Lajas Cathedral was built in this particularly tricky looking spot along the Guaitara river. Why choose such a ball ache of a place to build it? The Holy Mother Mary appeared there of course. Typical. Why couldn’t she have appeared somewhere nice and flat, preferably somewhere next to a quarry and a cafe? Selfish. Looks pretty awesome though. It’s a basilica church and its highest point is 100m off the canyon floor. It was built in 1916 and begs the question: how? They didn’t even have that spirit level app for the iPhone back then.

Check out the following pages for more church based pleasures to the eyeballs: 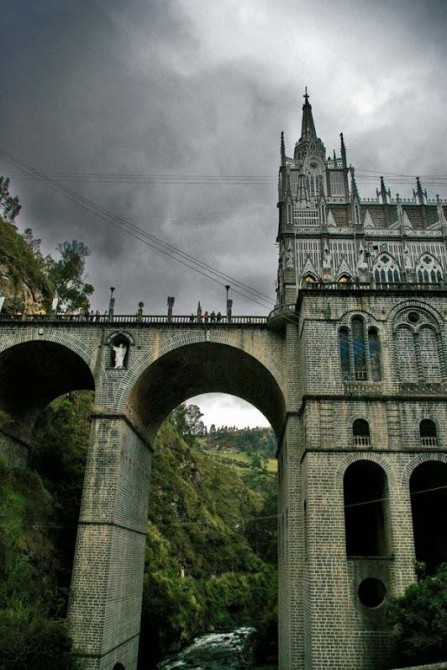