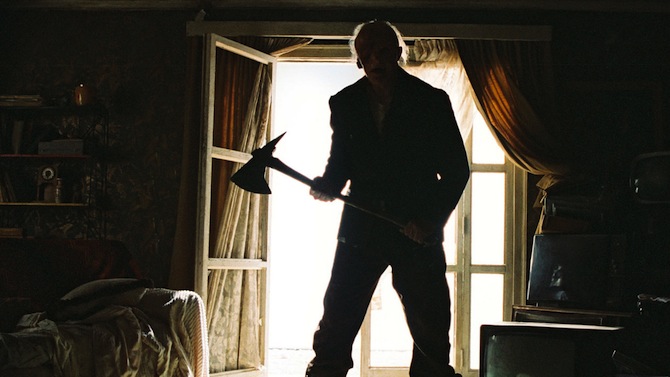 Here are 5 films where the characters definitely had a worse holiday than you ever will.

The sun is shining, the birds are singing and I’m sniffling like a glue fiend because of my hay fever so it must be summer. Hopefully many of you will be off on your jollies at some point in the coming months, and we wish you all the fun in the world. Unfortunately, due to the nature of the universe and/or your unpredictable friends, some of you are going to have a shit holiday.

Now, shit holidays take many forms. Some will manifest themselves in the form of a large German prostitute rugby tackling you into a fetid Amsterdam canal. Others will disguise themselves as a 90-year-old grandma who drinks you under the table in an Italian grappa bar and steals your watch. Most will merely appear in the form of a return ticket to Great Yarmouth.

For those of you who end up in any of the above situations, here is some Sick Chirpse therapy: 5 films to watch where the characters definitely have a worse holiday than you will:

This film is ostensibly about the main character taking a trip to Spain to find the girl he loves. Coming out of his shell and shedding the layers of shy self-doubt that has kept him locked up in misery for god knows how long. It’s a real coming of age adventure film with a strong moral lesson, funny sidekick and mysterious love interest. Sounds like he had a good time? Nah. He watches the love of his life get screwed by his mate, drinks dog milk given to him by a Polish tramp, and then his best friend tries to fight a bull in a field and is mauled to death. He ends up living the life of a recluse who catalogues his piss in plastic bottles.

That hostel you shared with the flatulent Latvian isn’t seeming so bad anymore is it?