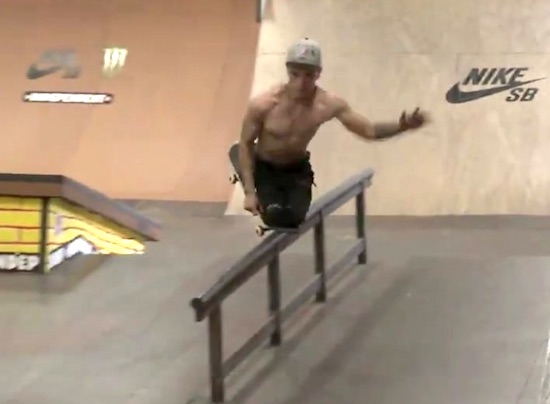 If you’ve ever tried to skateboard then you probably know that it’s one of the most difficult yet rewarding pursuits out there that you can pursue, so it blows my mind when you see someone like the dude in this video who’s way better at skating than I could ever hope to be, despite the fact that he’s severely physically incapacitated.

His name is Felipe Nunes and he hails from Brazil, but Tony Hawk was so impressed with some videos that he saw of him on the internet that he went into his own pocket to pay for the guy to fly over to compete in Florida’s Tampa AM. And he did not disappoint, as you can see in the clips below, completely ripping it up:

Wow. Truly inspirational stuff – not even sure how he’s even able to do some of those tricks he managed to pull off there? Real game changer and further proof that if someone tells you you can’t do something that you definitely can – you’ve just gotta put in the hard yards to get there.

For more of the same, check out this blind skateboarder. Unbelievable yet again.