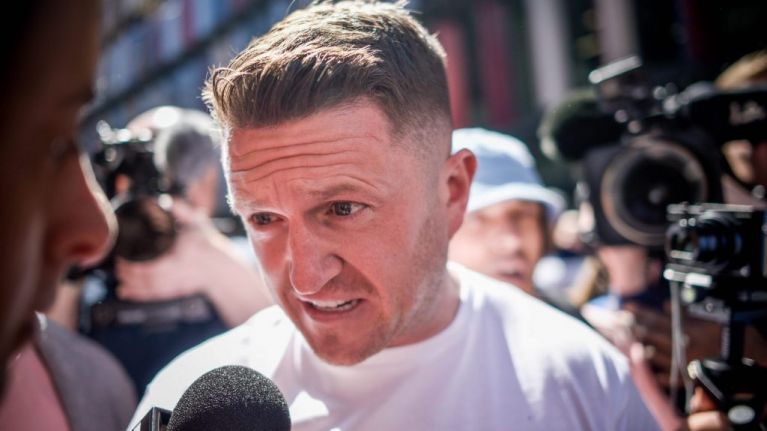 When is this man going to grow up?

Tommy Robinson and his crew were in Guimaraes, Portugal, for the Nations League semi-final the other night, and as you could have predicted it wasn’t a drama-free occasion.

A few England supporters seem to be bigging him up and asking for photos, but it looks like someone else says something uncomplimentary to him and Tommy responds by walking up to the man and sparking him out. Real mature.

In a previous video he took on the same day and wearing the same jacket, Robinson boasts to the camera:

Definitely made the most of that didn’t he?

I know some people think Tommy Robinson is misunderstood or has some valid points to make but seriously, the guy is going around knocking people out at 36 years of age and doesn’t seem remotely interested in cleaning his act up so that he might be taken even a little seriously. I don’t know how anyone can defend this guy anymore.

Here’s a couple more videos of Tommy beating people up over the years:

Not really someone you want representing the country on any level really.

For the time Tommy got pissed in Italy and started ranting about how he’s the ‘King of Islam’, click HERE. Come on Tommy, sort it out.