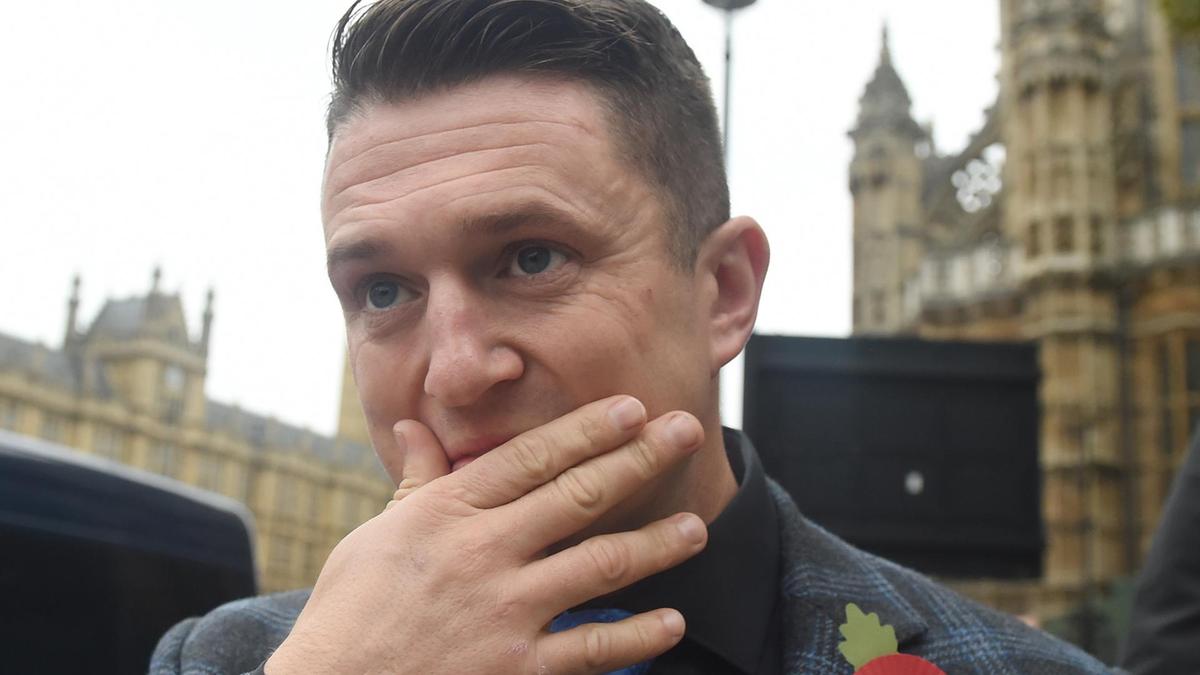 It was only a matter of time before Tommy Robinson turned up with some new drama and while nothing’s official yet it seems like he might actually have been hard done by this time.

As reported by MailOnline, Tommy was arrested after assaulting a male holidaymaker during an altercation at a swimming pool in Center Parcs Woburn Forest.

As Tommy was being arrested, he kept insisting to the police that this guy was a nonce who had assaulted his underage daughter:

Where is the #MeToo movement when you need them?

Tommy took his kids and his wife to Centre Parcs for a fun-filled day, what Tommy wasn’t expecting that day was a struggle in the swimming pool leading to his arrest.

Tommy’s little girl is only eight years old; she went to Centre Parcs excited to spend time with her mum, her dad and her siblings. A day of fun ended up being a nightmare for an innocent little girl, spoiled by the predatory perversions of a child molesting nonce.

Tommy’s daughter was playing in the shallow end of the “children’s” swimming pool at Centre Parcs, a middle-aged man grabbed her bum as he walked past, he didn’t say a word, he didn’t even look at her. Tommy’s little girl was in shock; she got straight out of the pool and told her dad.

Tommy immediately questioned his little girl about what happened so that he could ascertain whether or not something terribly wrong had happened, to his shock it did. His daughter confirmed that a strange man squeezed her bottom cheek as he walked past her. Tommy then got his daughter to identify the Centre Parcs pervert.

As any decent father would do, Tommy challenged the man who squeezed his daughters bum, with gritted teeth, giving the man the chance to explain the situation. Tommy was gobsmacked, the man admitted to pinching his daughters bum “by mistake”.

Tommy now realised he stood in front of a wrongun, a man who seems to think it’s ok to squeeze little girls bums in a Centre Parcs swimming pool.

Tommy wanted to make sure this man was brought to the attention of security staff and the Police, sexually molesting children is not on, there are no justifiable reasons for acting in such a way. The man tried to walk away, but Tommy wouldn’t let him, the man then struggled with Tommy, grabbing him by the throat and neck as he did. After the struggle, the man ended up with a bleeding nose and maybe a black eye or two, and there were witnesses to the altercation.

The Police were called by Centre Parcs security staff, Tommy waited three hours for them to arrive. After the Police interviewed Tommy’s wife and his daughter, they confirmed the man admitted to grabbing his daughters bum.

You would think at this point the child molester would be arrested, carted away and interrogated further at a Police station. But this story comes with a twist; no the offender was not arrested at all, the Police even confirmed this to Tommy at the time. The child molester complained about the “injuries he suffered” during the struggle. Because there were witnesses corroborating the offender’s complaint, Police arrested Tommy instead and charged him with common assault in the end.

Blimey. Well if all that is true then you certainly have to feel for the guy, no matter what your opinion of him otherwise. Like I said there’s no concrete details yet but I have a feeling this is going be another big saga involving plenty of conspiracy theories and controversy, especially if Robinson gets in trouble over it and this alleged paedophile goes free.

Tommy has since been released pending further enquiries – we’ll have to see how this pans out.