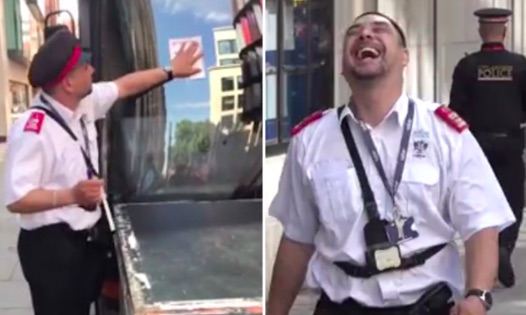 Traffic wardens probably have one of the worst jobs going, but sometimes, just sometimes, a moment comes along like this that makes it all worth it.

As is shown by the video below, one ticket dude was given the job of handing Tommy Robinson’s bus a £130 fine.

It was also used for the far-righter to give a speech, after he was found in contempt of court for breaching a reporting ban.

However, while he was in court, the bus was parked “in a restricted street during prescribed hours”, and so the traffic warden jumped at the opportunity to slap the vehicle with a ticket.

Although his actions were booed by the fascist’s supports, the unnamed hero couldn’t contain his joy and was filmed walking off and laughing while declaring: “Oh I do love my job sometimes.”