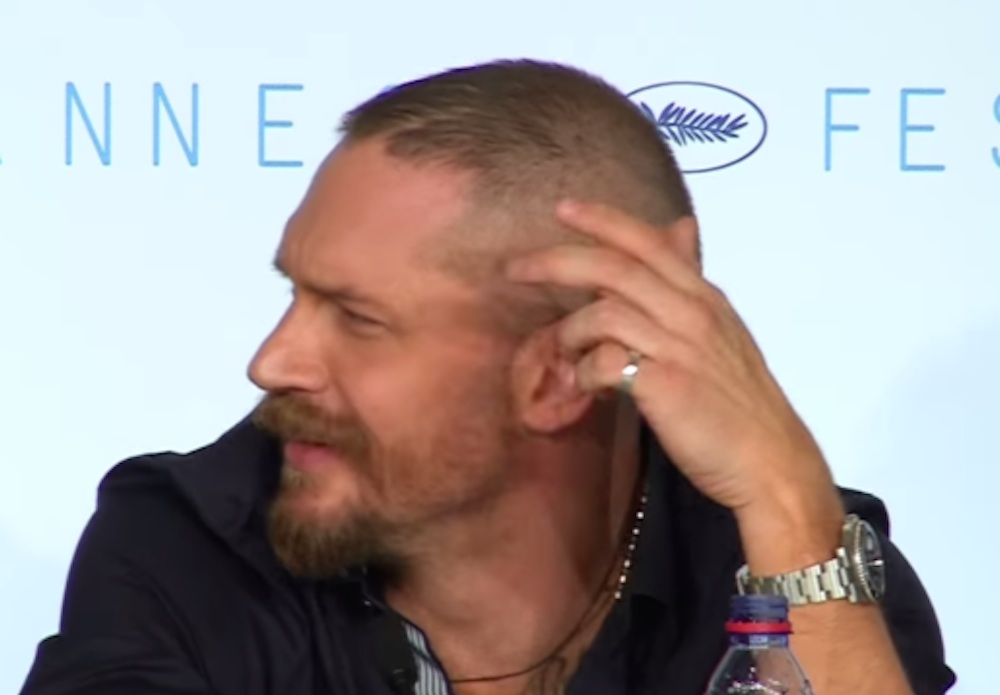 We’ve already discussed how many people are viewing the new Mad Max movie as a feminist movie and the outrage that readers of the Daily Mail felt over this issue, but it seems like they aren’t the only ones who have a problem with it.

At the film’s press conference at Cannes, a journalist from the Toronto Star named Peter Howell asked Tom Hardy if he ever wondered what so many women were doing in a movie that was supposed to be aimed at men. Hardy absolutely nailed it with one of the most perfect responses ever (skip to around 9:50):

Compare this to Chris Evans and Jeremy Renner’s reply in an Avengers press conference, and you’ll see that Tom Hardy is the man. Peter Howell tried to cover it up with the following statement, but I don’t think anyone’s really listening to him because he sounded like a douchebag when he asked that question didn’t he?

My question to Tom Hardy was intended as the opposite of sexism. I was congratulating him for his willingness to share the screen with so many strong women in a franchise and genre more inclined to celebrate the male over the female. He was also willing to be in a co-lead role with Charlize Theron, in a movie called MAD MAX, no less. I think a lot of male stars might have objected to this, but Hardy is of a special breed.

But I don’t think I worded my question very well. Hardy just shrugged it off, although I don’t think he was offended by it. I think this article I wrote gives you a better idea of what I was getting at, which was to celebrate the idea of women being cast in traditionally male roles, not to scorn it.