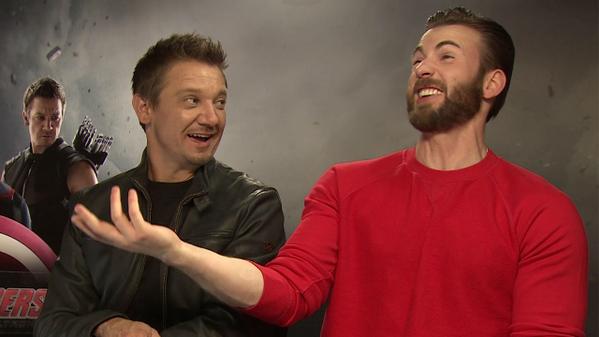 What’s going on with all these Avengers cast member interviews going wrong recently? First Robert Downey Jr walks off mid-chat with Krishnan Guru-Murthy, now these two put their foot in it by calling Black Widow a “slut” even though they should be smart enough to know how people react to that kind of thing in 2015: 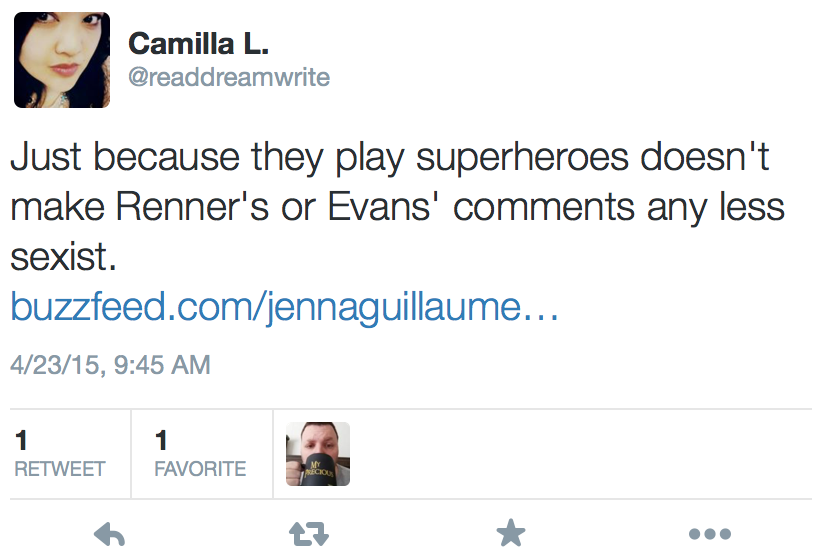 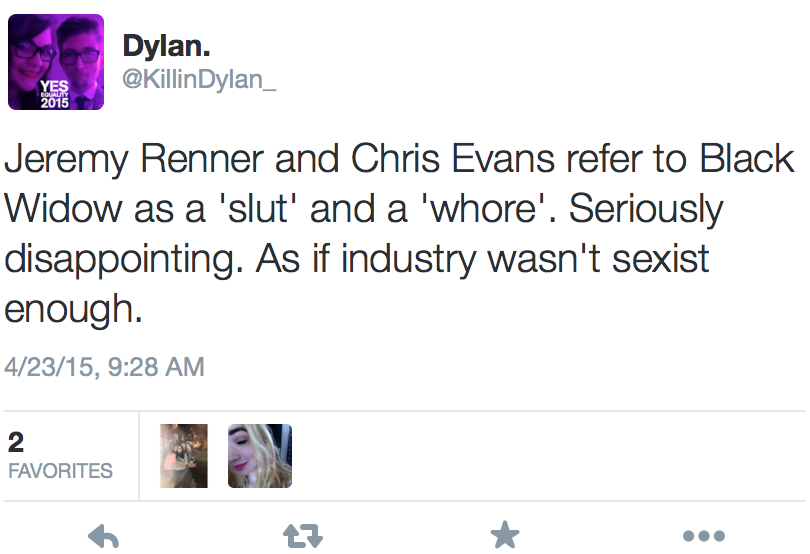 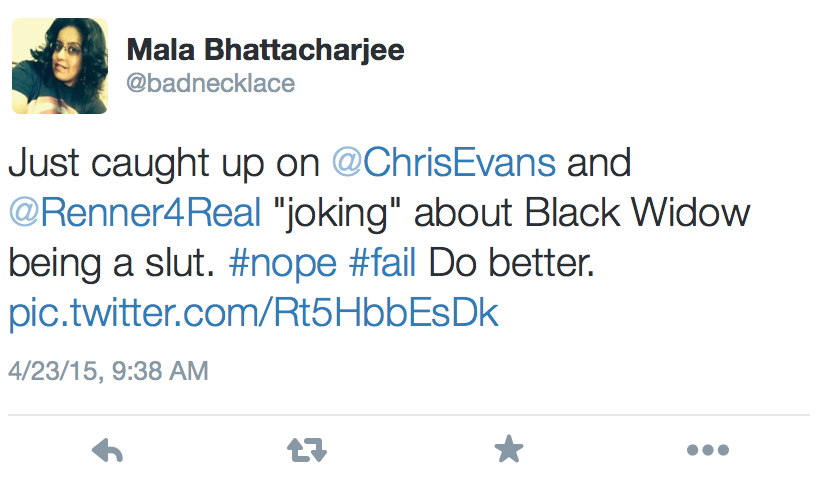 Does it necessarily make you a sexist to joke to your friends that someone is a “slut” because she rejected you, the same way women might say “oh he’s going bald/ drives a crap car/ has a rubbish job anyway” when a guy rejects them? Surely it’s just a joke to help yourself feel less shitty about being rejected, not a deep insight into what a giant woman/man hater you are. You don’t literally mean what you’re saying at all, and in this case I doubt these guys believe or are literally saying that the fictional female character from the movie they’re in is a slut. It’s just a (bad) joke and they should really know better, all things considered.

Here’s our A+ piece on why the word ‘Slut’ should never be used at all, joke or not.