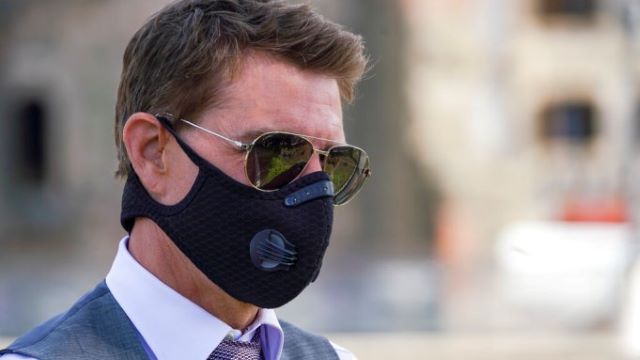 Tom Cruise has shelled out “huge sums” for two high-tech robots to enforce coronavirus safety protocols on the set of “Mission: Impossible 7” – and also administer spot tests to the crew, according to PageSix.

A source told the paper:

Tom is so serious about making sure the shoot isn’t shut down that he’s splashed out on these robots as he can’t be everywhere to ensure people are behaving themselves.

You might remember a few weeks back when Tom completely lost of the plot on two crew members for flouting COVID-19 guidelines on set:

Tom Cruise is not to be f*cked with

Obviously it’s one thing to be told off by Tom Cruise and threatened with losing your job because you forgot to sanitise your hands when you arrived on set, and quite another to have Tom Cruise deploy two Terminator robots to follow you around and make sure you’re not breaking more COVID protocols.

“The robots are really sophisticated and rather intimidating. It’s like the Terminator only not as violent,” the source added.

Oh ok, not as violent as the Terminator (that would just be crazy!), but Terminator-like nonetheless. I guess it’s pretty easy to pull insane power moves like that when you’ve got the backing of the entire religion of Scientology behind you.

As crazy as he is though, you have to give it up for Tom Cruise. The guy’s been acting forever and barely aged at all throughout the years, does all his own stunts, and now he’s basically carrying the entire Mission:Impossible franchise on his back in the middle of a pandemic, and introducing robots guards on set to ensure that happens. Talk about an all or nothing kinda guy!

Never mind the fact that Tom’s wearing a valved mask on set which the CDC specifically advises against. Just do as the man says.

After all, he’s trying to make it to outer space this year to film his next crazy movie. No literally, he’s filming it in outer space. That’s Tom Cruise for you.