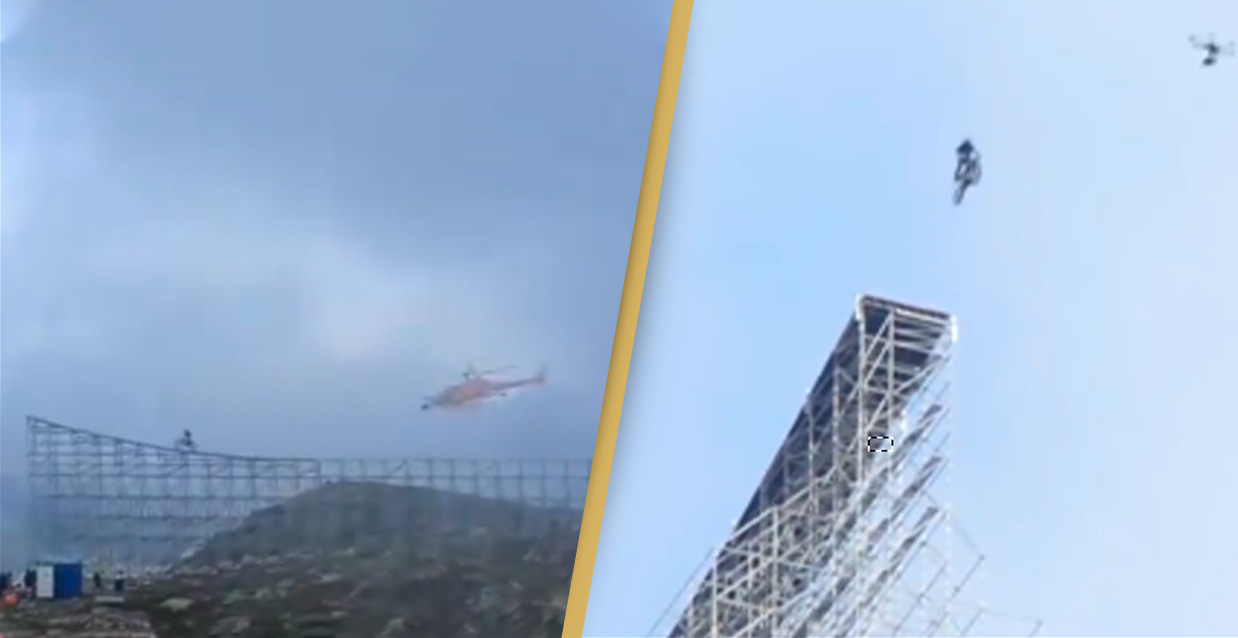 Tom Cruise is determine to die on set.

Everyone knows that Tom Cruise prefers to do his own stunts, even when they involve him doing a motorbike chase through Paris, breaking his ankle on a rooftop jump, or literally hanging off the side of a damn plane as it takes off.

Well this week footage has leaked from the next Mission:Impossible film and wouldn’t you know it – 58-year-old Tom Cruise is doing everything he can to get himself killed again. This time, riding a motorbike off a long ramp over the edge of a mountain and abandoning the motorbike in mid-air to deploy his parachute:

Just a normal Sunday afternoon for Tom Cruise. I mean this guy clearly has a serious adrenaline addiction and I’m not even sure he knows that he’s acting anymore. It’s just crazy to think how easily a stunt like that could go wrong, whether it’s the equipment cocking up or Cruise losing focus for a split second. How do you even get insured for something like this?

Good thing he’s already done a million stunts just as hardcore as that – if not more. Gotta give the little nut job all the credit in the world. No green screen, no stunt double, no computers, just Tom Cruise risking his life to give us the best action movie experience possible. In fact he’s done this so many times now that we probably shouldn’t even be worrying about him. From the 80s all the way to 2020 – dude is one of the undisputed GOATS. Respect.

For Thandie Newton’s story about Tom Cruise instantly growing a zit on his nose in front of her very eyes, click HERE. Is he even human?