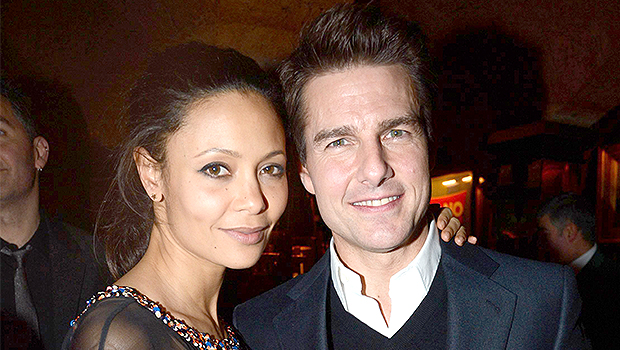 Tom Cruise is not human.

Way before she played MILF-y Maeve in ‘Westworld’ and starred in Oscar-winning ‘Crash’ and ‘Solo: A Star Wars Story’, Thandie Newton was in ‘Mission: Impossible II’. Which means she’s one of the few people on this planet who have had the rare experience of dealing closely with one of the world’s most bizarre and interesting individuals – Tom Cruise.

In a new interview with Vulture, Thandie goes into detail about what it’s like to be in the presence of an enigmatic superhuman. And boy it does not disappoint:

What was your experience like on Mission: Impossible 2? And why didn’t you do another one?
Oh, I was never asked. I was so scared of Tom. He was a very dominant individual. He tries superhard to be a nice person. But the pressure. He takes on a lot. And I think he has this sense that only he can do everything as best as it can be done. There was one time, we were doing this night scene, there were so many extras with pyrotechnics and you name it, and it was a scene with him and me on the balcony. And I don’t think it was a very well-written scene. I get angry with him. We’re frustrated with each other. … So this scene was happening, and Tom was not happy with what I was doing because I had the shittiest lines.

And he gets so frustrated with having to try and explain that he goes, “Let me just — let’s just go do it. Let’s just rehearse on-camera.” So we rehearsed and they recorded it, and then he goes, “I’ll be you. You be me.” So we filmed the entire scene with me being him — because, believe me, I knew the lines by then — and him playing me. And it was the most unhelpful … I can’t think of anything less revealing. It just pushed me further into a place of terror and insecurity. It was a real shame. And bless him. And I really do mean bless him, because he was trying his damnedest.

I remember at the beginning of the night, seeing this slight red mark on his nose, and by the end of the night, I kid you not — this is how his metabolism is so fierce — he had a big whitehead where that red dot was. It would take anyone else 48 hours to manifest a zit. I saw it growing, and it was like the zit was me, just getting bigger and bigger.

It sounds like a difficult experience, but I have to say it’s very funny.
That was more just surreal than anything. Look, creative stuff is difficult. I was so tender and sensitive. And, also, if you think about the timeline of that, it was still early in my healing, in my recovery [from sexual abuse]. I’d had good therapy. I’d realized that I was precious. If it was me now, I would want to go in and go, “Hey!” I’d be it. You wouldn’t need to play me and I play you on that balcony. And I would have squeezed that spot. Bam!

Um, WTF? That is amazing and terrifying in equal measure. Not only can Tom Cruise run up the sides of buildings and hang off planes as they shoot into the sky, he can also switch roles with female co-stars and speed up his metabolism so quickly that he forms a zit in a fraction of the time it would take you or me to form one. No need for make-up or CGI to deal with the zit on his face because by the time it’s shown up he’s already popped it.

I don’t know if this has anything to do with Scientology or whether Tom Cruise is an alien or just another superpower he possesses that us mere mortals will never fully comprehend. Big up Thandie Newton for sharing this insight on the world’s most famous mutant. But there’s really no need to pop Tom Cruise’s zit for him – his own fucked up metabolism takes care of that.

P.S. Did you hear Del from Ozark is playing the main villain in the next Mission: Impossible film? Can’t wait for that one.