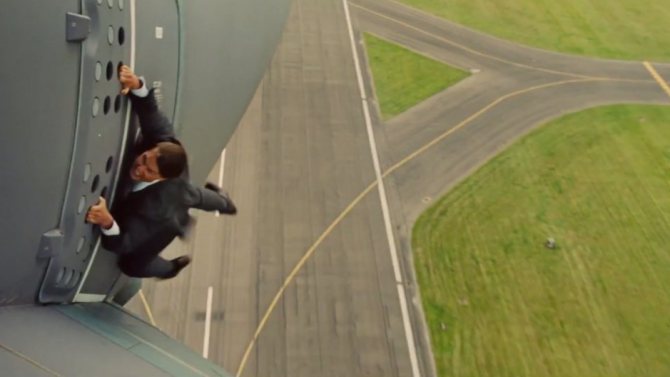 Tom Cruise could so easily be dead right now.

Someone needs to tell Tom Cruise that they’ve got CGI these days — he doesn’t literally need to risk his life hanging off the side of the plane to pull off his badass stunts in Mission Impossible.

Probably the most legitimately insane A-list movie star out there:

No matter what you think of the guy, you’ve got to give him his props on this one. No stunt double, no green screen, no computers — just Tom Cruise holding onto the side of a plane as it takes off. The guy is an A+ actor who doesn’t need to be doing this stuff at all, but does it anyway. Respect.

Wonder if his bat shit attitude has anything to do with his celebrity Scientology crew?