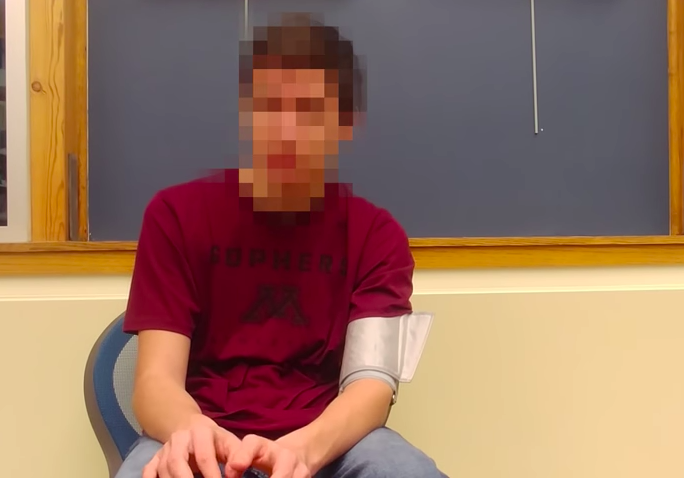 There seems to be a whole load of people coming out lately claiming they’re from the future and making up all sorts of unbelievable stories about how they’ve traveled through time, but none of them have had the guts to hook themselves up to a lie detector test and talk about it until now.

The unidentified man (he’s calling himself Noah but that’s it and has blurred his face out so that the government can’t track him down and murder him, duh) says that he’s actually 50 years old but took an age rejuvenating drug which makes him appear 25. That was before he travelled in time and ended up trapped in 2018 and hooked up on a lie detector for Apex TV.

Anyway, you can watch the full interview below but it’s hardly the most believable thing and it doesn’t even show the lie detector most of the time – only when he says that he’s a time traveler from the future and some icon flashes up ‘True’. Really believable:

Yeah, I don’t really think I’m buying that one, are you? Some nice predictions about the future though but a lot of them are fairly realistic guesses that anyone could feasibly predict with some degree of certainty, such as Trump being re-elected or robots that are able to run homes. Not sure about time travel and being able to fly to Mars in 2028 coming true though, but I guess we’ll have to stay tuned.

For more time travel, check out this guy showing a picture he reckons was taken in the year 6000. Right.