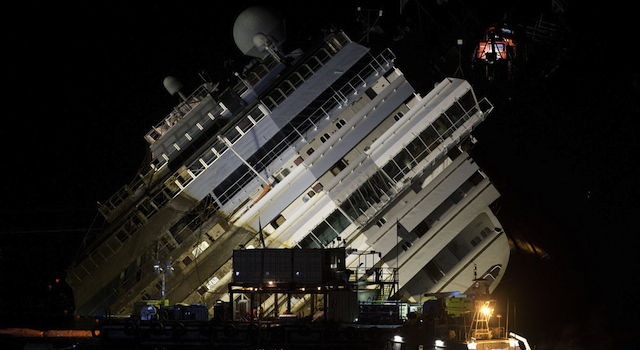 We’re pleased to report that the Costa Concordia salvage operation was a success and you can now watch a time lapse video of the whole operation, and check out some photos of how gross it looks now.

Yesterday we reported on the Costa Concordia salvage operation and embedded a livefeed of it onto the site for anyone that could be bothered to sit around watching it all day. Did anyone actually bother to do that?

We also predicted that it wouldn’t be too long until a timelapse video of the operation appeared – providing it went according to plan – and we were exactly right with that as one has just appeared and it’s pretty incredible viewing seeing a humongous ocean liner being slowly turned up right from a position on its side.

The operation did take longer than expected – more like 24 hours rather than 12 – but at 4am yesterday at a press conference it was announced that the ship had been turned 65 degrees and that the operation known as parbuckling had been completed successfully.

The Costa Concordia will now rest on six platforms built 30m under the surface of the sea until next spring when it will be towed away and scrapped. The operation was described as a total success with the ship retaining its structural integrity and there not being high amounts of toxic waste spilled that could have potentially caused irreparable damage to the marine ecosystem.

You can check out the video and a gallery of pictures from the operation below. You can definitely tell that having one half of your giant cruise liner submerged underwater for 18 months is going to mess it up by these photographs. 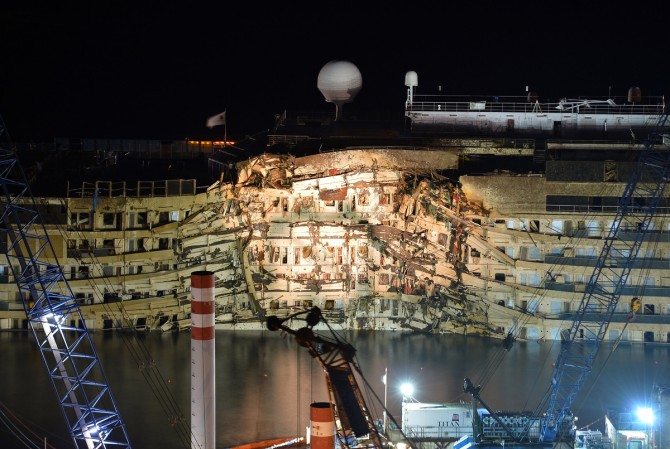 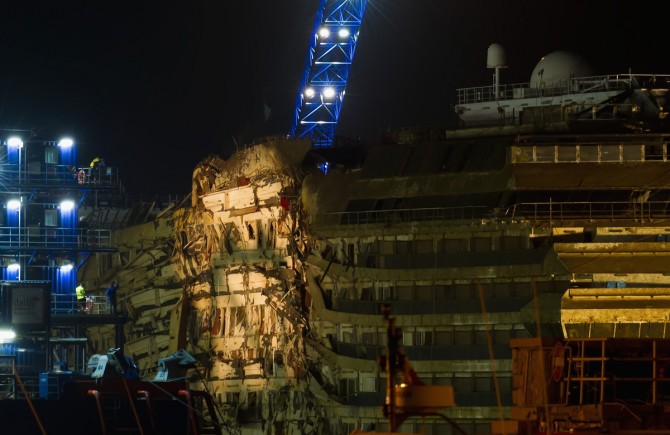 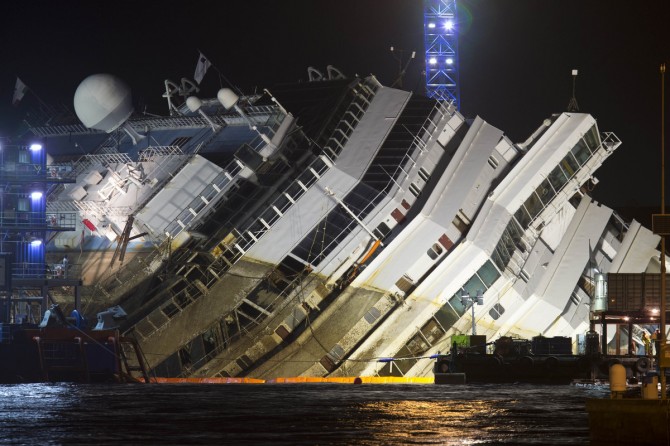 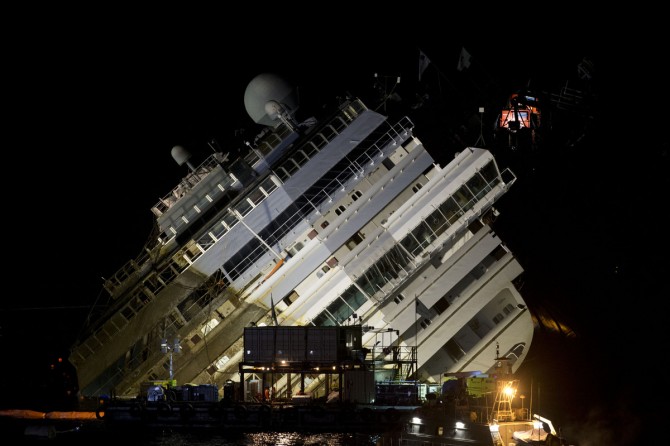 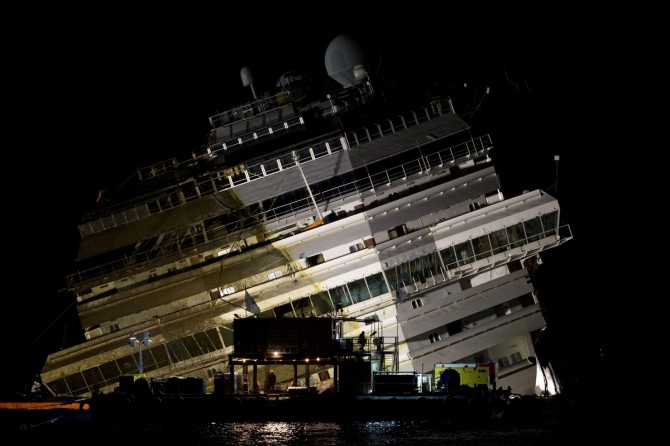 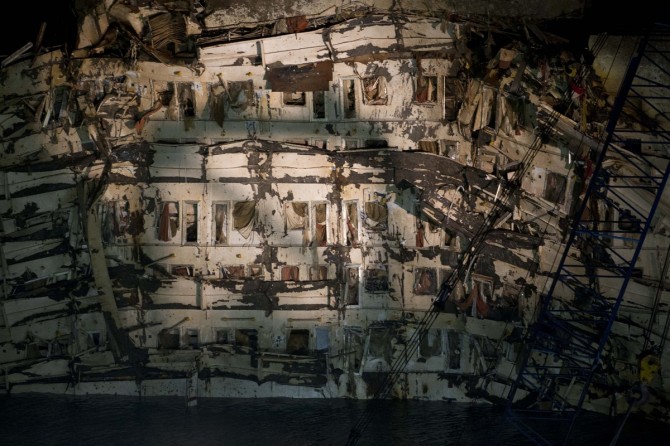 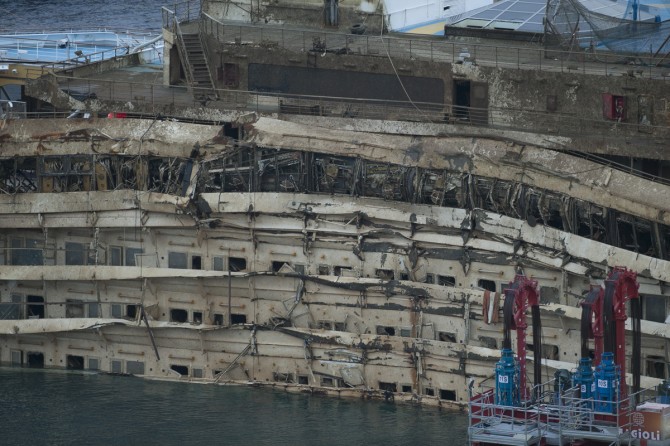 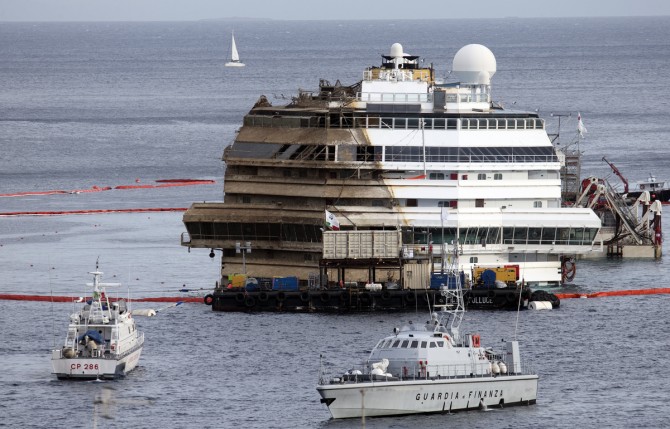 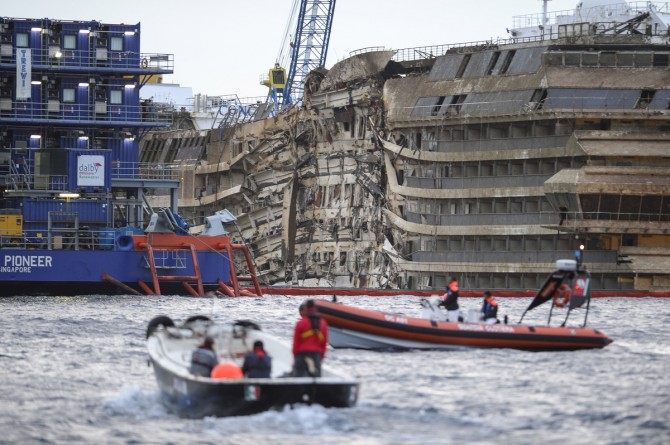 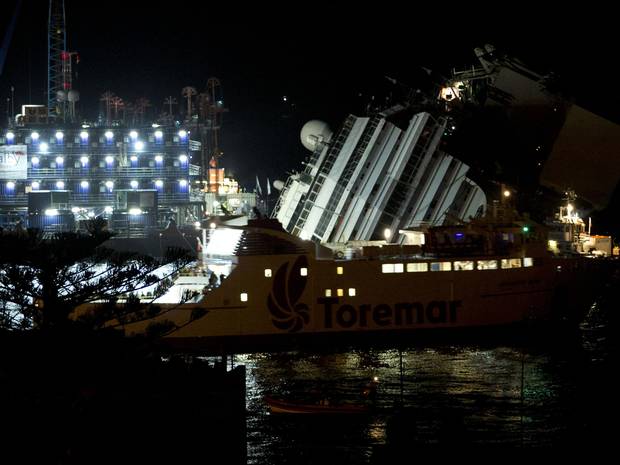