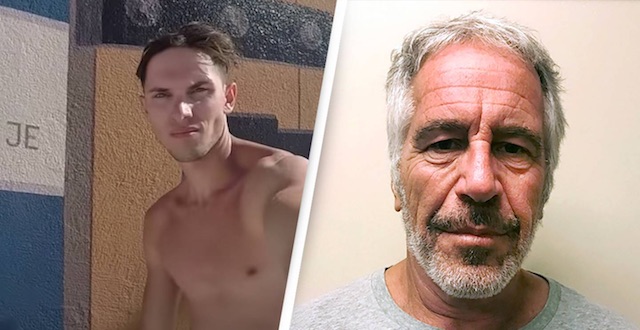 It’s fair to say that everyone was fascinated by the story of Jeffrey Epstein and his own private island where he allegedly held young children hostage so that he and all his friends could have sex with them, so TikToker Andy Bracco knew that he was onto a winner when he snuck onto the island to grab some never before seen footage.

Bracco first flew into the Cyril E. King Airport within the US Virgin Islands, before chartering a private sail boat to take him and his companion to Epstein’s island Little St. James. The video below shows us his journey there, as well as exploring the abandoned buildings, trails and passages he found whilst scoping the place out.

If I was to have entered the unlocked temple, that I clearly came into close contact with, I would never self incriminate by showing my audience how I got in. Getting in would then subsequently have allowed me to access the tunnels. Between my two visits to the island I did peer into the temple from the outside and noticed the staircase descending downwards.

To be honest with you guys I’m not too worried about getting contacted in regards to some silly charges, the reason being… On Little Saint James, no one has gotten in trouble for their crimes apparently.

I have had multiple ‘copycat’ explorers contact me telling me they attempted to gain entry to the island recently. All have been stopped by either coast guard, armed private security on boats, or the 2 that made it to the island both told me an automated PA system yelled at the saying coast guard has been contacted and to turn back immediately.

What a creepy and fascinating video. Think of all the depraved stuff that probably went on on that island and it really is eerie seeing someone like Bracco walk around it. Different levels.

For more of the same, check out all the passengers who went on Epstein’s private plane. Some big names in there.