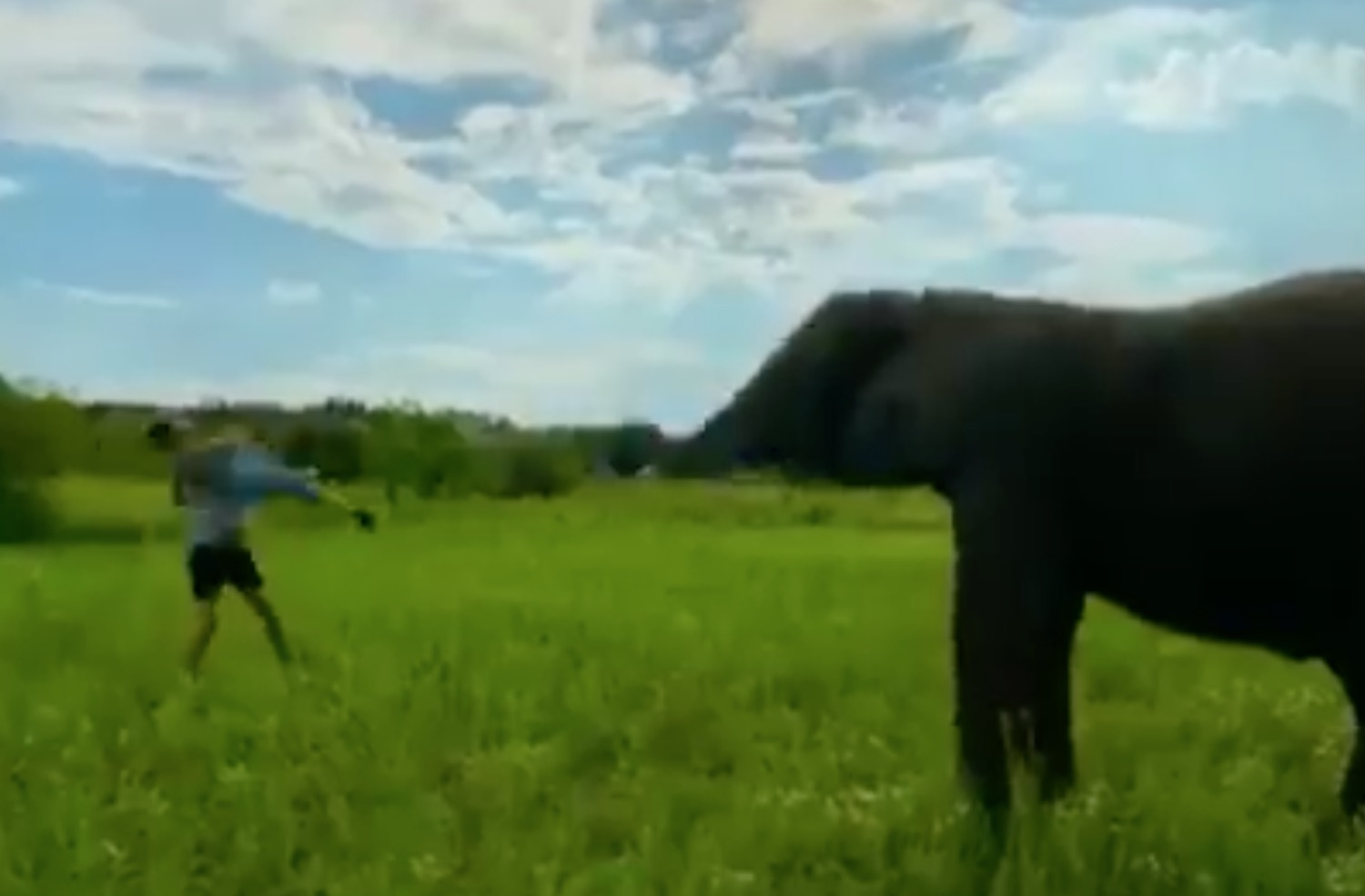 Pretty much every time I write about TikTok I comment about how I don’t really understand it, but finally it all makes sense to me after watching the one you see below.

Not really sure why this is happening, but some pony dancing couple are prancing around in some field somewhere and getting an elephant to film them doing so and well, just watch it and you’ll see:

That’s so good right? I was waiting for the elephant to run at them or tread on them or something but the fact that he/she was trolling them by filming the wrong way and just filming themselves is one of the most major power moves I think I’ve ever seen.

It only takes an elephant to get involved and inadvertently ruin a TikTok that was going to be stupid anyway for me to finally understand the format.  What a time to be alive.

For more of the same, check out this woman who made the cringiest TikTok of all time. This is the kind of stuff that I’m talking about that I can’t get my head around.