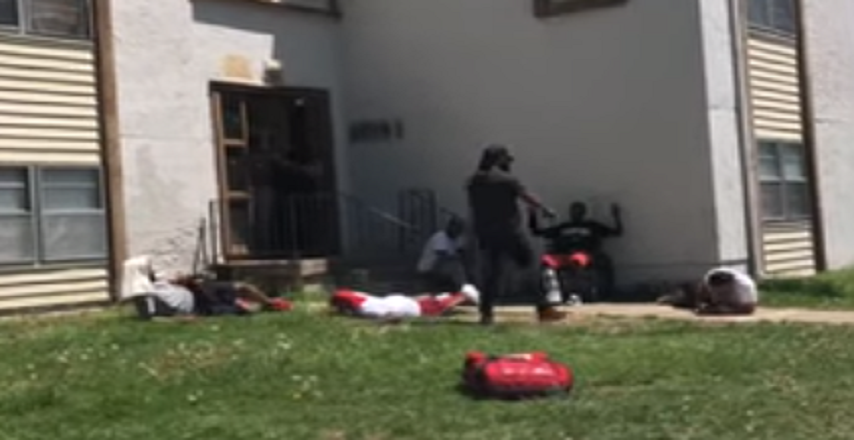 It has to be one of the absolute dumbest ideas in history to rob your pizza guy – he can just tell the cops exactly where you live – but it’s probably an even dumber idea to attempt this in a hood area where it’s highly likely that the pizza guy might be packing as well.

This didn’t stop the thugs in the video below though, who ended up getting their just desserts (even though they were only ordering pizza) when they tried to rob their pizza guy. He wasn’t having any of it though, pulling a gun on them and taking their cellphones before running off with his pizza as well. Talk about having your pizza and eat it.

You can watch the full video of this happening below:

I mean that’s kinda convenient the dude was just parked there and started filming as this was happening which makes me think it’s fake, but then this is the kind of thing that could go down in a neighbourhood like that so who knows? He does come in filming it halfway through so maybe – just kinda surprising he didn’t shout ‘Worldstar’ during it because that’s what normally happens when something like this goes down. Sceptical but still a cool video.

For more pizza guys, check out this guy who had sex with a pizza and burnt his dick. Idiot.