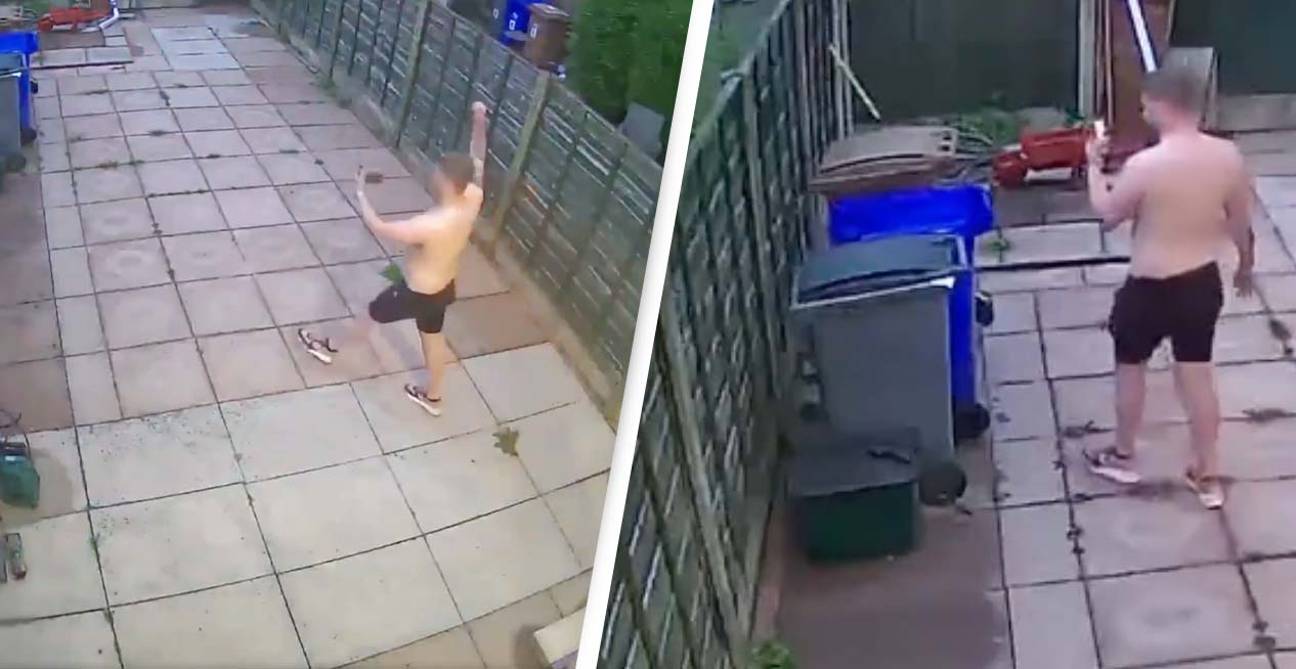 Everyone was having a good time on Saturday night as English football fans saw something that I don’t think any of us have ever seen before when England demolished Ukraine 4-0 and it’s fair to say that most of us were probably singing ‘Three Lions’ at some point that night as well.

Most people would probably forgive their neighbours for being noisy in such a moment of adulation – especially if it was before midnight or whatever – but one guy wasn’t having it whatsoever as you can see in the footage below. A man with his top off his parading around his driveway singing ‘Three Lions’ when the angry neighbour shouts at him for being so loud and potentially waking his daughter up – but thankfully the England fans doesn’t seem too disheartened by this and has the perfect reply:

I mean he’s right isn’t he? Clearly this guy is having the time of his life – even though he wasn’t able to watch it with his mates for whatever reason – and is on FaceTime with his buddy and the neighbour doesn’t really have to be so butthurt about it and shout at him. Something like that result literally hasn’t happened in the last thirty years or more so it really is a reason to sing in your garden at 930pm. Guy needs to chill out.

For more of the same, check out this Italian steward singing ‘Three Lions’ down a megaphone on Saturday night. You love to see it.