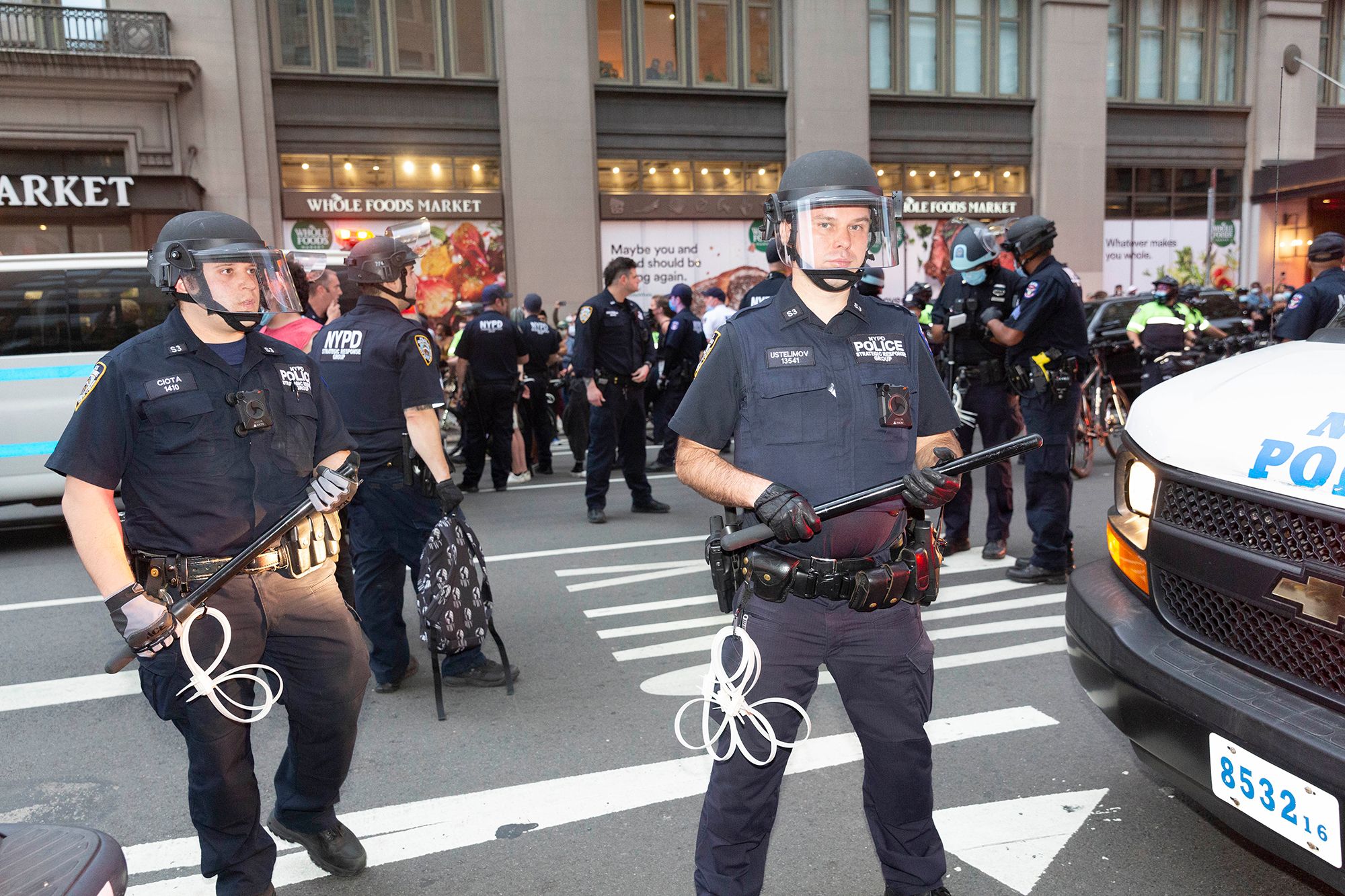 All eyes are on the United States right now as the country is unified for the first time in a long time behind the ‘Black Lives Matter’ movement and the mass protest that is going on over there and some of the experiences that are being shared on Twitter are truly terrifying.

This account from author and marketer Frederick Joseph details what happened to him in New York City last night and it really does feel like it could be ripped directly from 1984 or Kafka or any number of futuristic dystopian novels. Take a look and see what you think:

We went out yesterday to a 1pm protest that began at Foley Park in Manhattan.

The march led us to through soho and into washington square park. It was easily the most peaceful protest I’ve been to in a long time. Likely because there was barely a police presence. pic.twitter.com/r4unukgK5k

We ended up walking through Manhattan for hours, chanting and being together. Eventually our numbers grew, to what I imagine was easily 100,000+ people.

As it got later in the day, we marched to Trump International Hotel to protest outside. pic.twitter.com/rLpKtBj3RD

Other messages included things along the lines of “Rioting does not honor George Floyd’s death.” and “Don’t be a criminal.”

It felt very Hunger Games-ish. As we read the messages we noticed that it was almost 8pm, and cop cars were beginning to pull up towards us.

At this point it was about 2 minutes after curfew. Since the subway was dangerous, we figured we would walk a different direction and get Uber’s home.

But when trying to call cars, we all got notifications that Uber wasn’t picking people up any longer because of the curfew. pic.twitter.com/nPkZFg2Dq2

We marched with the group for a few minutes, looking for an opportunity to safely get to a subway station, but the police had every side street cut off. We realized then that they had the march surrounded.

A few minutes later countless police and police cars came rushing at us.

We marched for hours more. Still chanting and demonstrating, but exhausted and just trying to find a a safe passage home. But the police kept following us and cutting off the streets. pic.twitter.com/xMbDVHBeJL

Ultimately, the NYPD never wanted anyone to be able to make it home. They set us up to mentally and physically torture us.

Protesting after curfew, whether it’s a few minutes or a few hours, doesn’t warrant this type of insidious behavior.

I’ll be sharing information from every protest I attend and information or updates sent to me that are vital to this effort.

Please be safe everyone. #BlackLivesMatter #newyorkprotest

Now, I’m sure a lot of you out there will call the guy out for being miles away from home when the curfew was ordered and whilst that may have been an oversight on his part you also have to look at the fact that he didn’t know that all Ubers were going to be cancelled and more imporantly the fact that the cops seemingly prevented them from getting on the subway so that they had NO CHOICE but to continue marching around for fears of their own safety.

If they’re acting peacefully and trying to get home to observe the curfew then what exactly is that action hoping to achieve, other than to mentally and physically intimidate them into not protesting again, as well as creating a narrative of how they were staying out, breaking curfew and ultimately painting them in a bad light and giving them negative press?

Thankfully from what Jospeh said nobody was hurt and the situation didn’t escalate further, but it really does say something when pretty much the whole of America is terrified at the moment of being attacked by their own police force/national guard for doing nothing wrong and the police have resorted to such shithouse tactics to try and regain control of the situation. Just take a search through Twitter or just this site for some examples of that if you think this is the only one. Hopefully things don’t head that way over here.

For more of the same, here’s a supercut of police brutality in the past couple of days from over in America. Doesn’t look like it’s stopping any time soon.