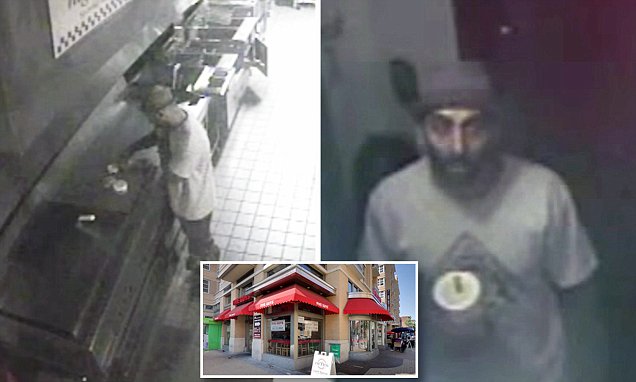 If you are a keen meat eater, it’s probably safe to say that the beefburger is one of man’s greatest culinary inventions – and the ones they serve at Five Guys are no exception.

Sometimes, strange things go on at Five Guys restaurants, much like this incident in which a bloke in Washington DC broke into the premises of a local chain to make himself a burger.

As this CCTV footage shows, this hungry man busted himself into this DC Five Guys, fired up the grill and knocked himself up his very own customised ‘All the Way’ burger, before fleeing the scene of the crime; he also pinched a bottle of water.

The police haven’t yet caught the beef hungry hamburglar; however, they have confirmed that this kind of crime is punishable by up to 15 years in prison – quite a hefty price to pay (I would probably just have waited until morning and queued up like everyone else) for a few bites of burger.

It just goes to show that some cravings can’t be ignored.