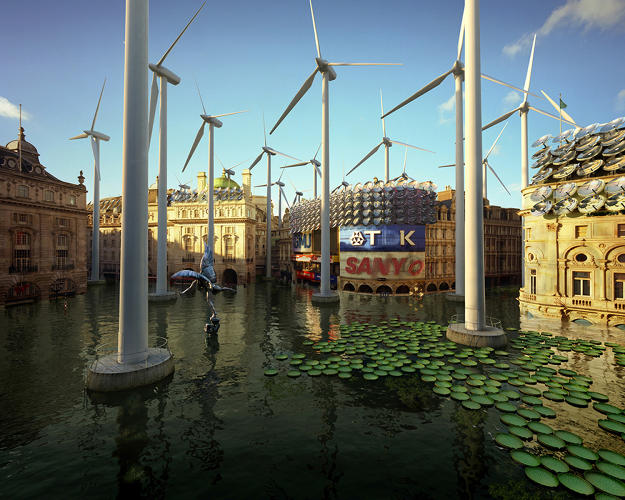 These postcards from the future by UK artists Robert Graves and Didier Madoc-Jones show a future world that has been changed in a non-nuclear way.

Personally I think planet earth will end up destroying itself through some kind of nuclear apocalypse. It might be because North Korea pushes the red button, or it might just be thanks to some rotten-bottomed nuke that goes out of date in a Russian hangar and goes boom of its own accord. Us humans don’t have a good track record of keeping a lid on things. These postcards from the future by UK artists Robert Graves and Didier Madoc-Jones show a future world that has been changed in a non-nuclear way. They have tried to envisage and create a London changed by global warming. Graves and Madoc-Jones took predictions from climate scientists and imagined what that would mean for the major cities of the world. The images are amazing, they’ve gone the extra mile as far as realism is concerned. Here’s what Madoc-Jones said when interviewed:

We were hearing a lot about the potential impacts of climate change, but everything we were hearing about was just words, or very two-dimensional graphics in magazines. The only imagery we were getting was pictures or reports from places like Bangladesh…the trouble is that when you live in London, when you hear reports of people suffering in other parts of the world, you can easily forget about those things and put them to one side.

He has a good point, and these images certainly get the grey matter stirring. It’s all very well to hear about poor people getting drowned in other countries, but it’s a lot rarer to consider our little island’s climatic future. Whether the UK will get wetter or drier, warmer or colder is up for debate, but one thing’s for sure, the climate is changing. It might not be because of fossil fuels, it might just be the natural cycle of things, but it is happening, and that should worry us all, at least a little bit. So here’s some possible visions of the future that don’t involve a hideous man-made explosion: 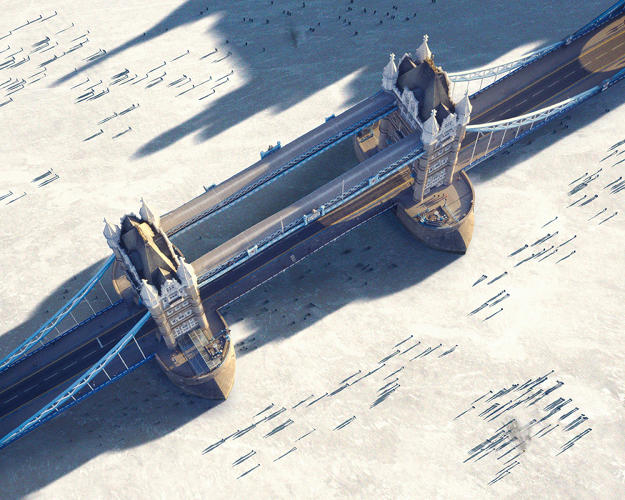