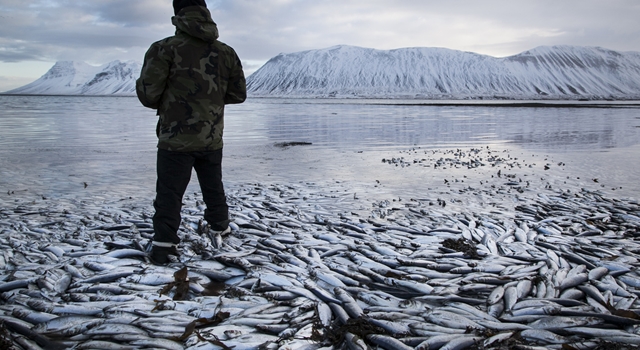 Animals live, animals die, that’s the nature of the beast. But when they start dying in droves people pay attention. Here’s 5 mass animal deaths from this month.

I found this list of mass animal deaths on a website that claims these events are a “sign of the times” i.e. a portent of the swift decline of the planet in readiness for the second coming. Some of the die offs are more worrying than others, but some of them are just what happens in nature every so often. But all of them are pretty interesting.

The site claims they are evidence that our planet is dying, and to be quite honest we have been complete dicks as far as nature is concerned, so the die off of loads of creatures is unfortunately not that surprising. I thought I’d bung a few of these together because they’re pretty mad tales and some of the pictures are quite eye-opening.

Whether these deaths are man-made or natural is up for debate in some cases, but some are defo our fault. Many astronauts that have glimpsed our small blue ball from afar relate the impression that life here seems very precarious. Life as we know it is just a microscopically thin layer between the hard rock of earth and the top of a minuscule layer of gas we call the atmosphere.

We should be more careful but we definitely won’t be. Not whilst there’s money to be made any way. 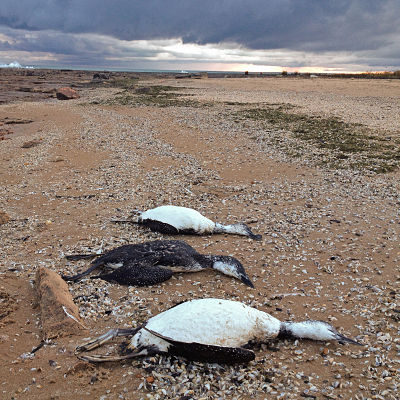 An estimated 3000 birds have caught bird botulism in the Waikato region of New Zealand. The bacteria paralyses the birds. It’s currently targeting black swans, grey teals and the New Zealand dabchick, among others. The birds are found semi paralysed and “lolling” around waiting for death, or a cat to finish them off. 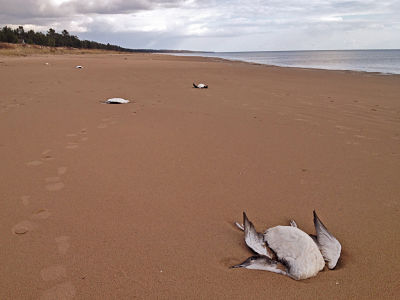 The breakouts are mostly occurring next to old sewage handling facilities where the aerators are bust. As the summers get longer and warmer the water in these silos draws back and provides a luxury hotel for botulism to chill out in. 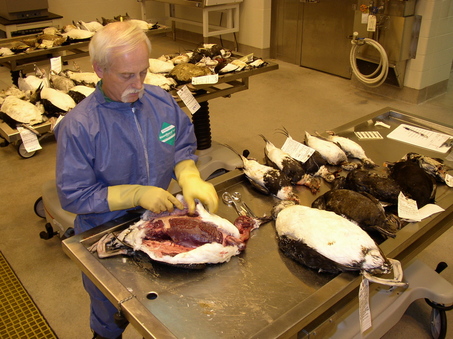