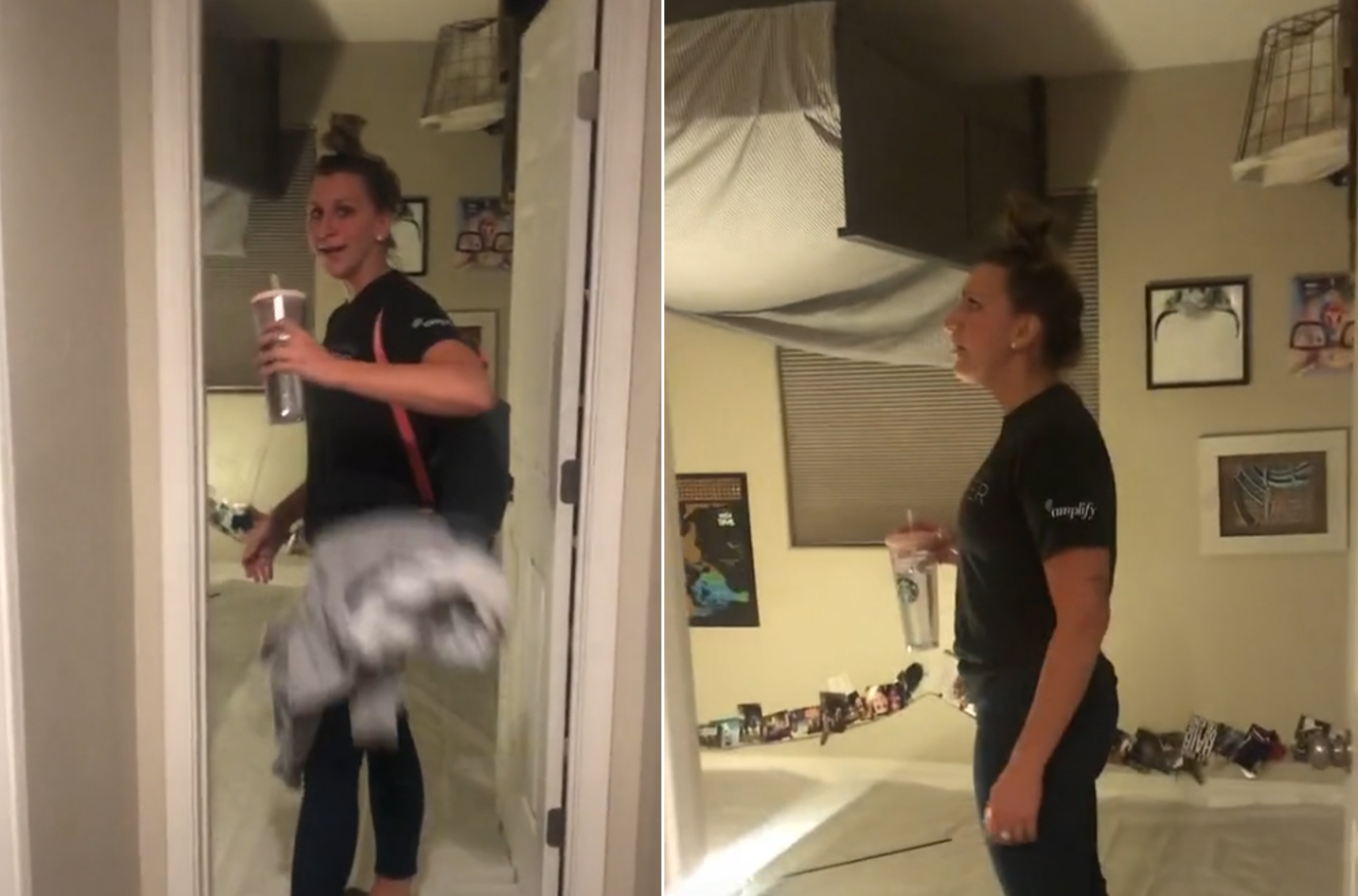 She even stuck the bed to the ceiling.

It’s a classic university prank to flip someone’s room upside down and stick all their stuff to the ceiling, but it’s pretty much impossible to do it properly because how the hell do you stick a bed or a desk to the roof?

Well, never fear because one girl has managed to pull it off over on TikTok. Kiersten and Kaylin are roommates over in Arizona and have been engaging in a friendly prank war over the years, but I think Kaylin may have won after she spent eight hours completely flipping Kiersten’s room upside down whilst she was out of town.

Here are the results, as well as an explanation of how she achieved this:

@sunsfreak93For all of those who doubted I actually did this prank… here’s the reaction! ##fyp ##foryourpage ##prank ##viral

I’m pretty creative and LOVE doing pranks, so I thought it would be hilarious to hang everything upside down from the ceiling.

I screwed the dresser and the bed frame to the wall studs and pushed it up against the ceiling, giving the appearance that it was hanging from the ceiling.

I mean that is impressive and anyone who has ever spent a whole bunch of time planning a prank will see the look on her face and know that it was worth all the effort that she put in. 10/10.

For more of the same, check out Olly Murs’ gross prank from earlier in lockdown. WTF was he thinking?