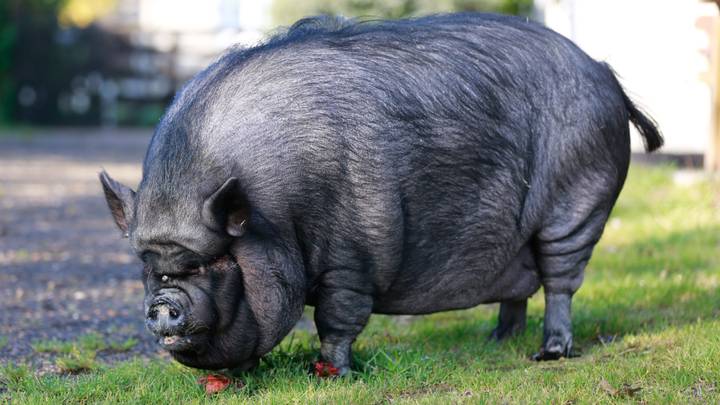 When you look at pet animals I often think about how easy they have it – they just sit around all day getting fed loads of food and getting played with every now and again, what’s not to like? – but series like this make me realise that this sedentary lifestyle can go too far in the wrong hands.

We’re over in Rotherham for this one where Elaine Edward’s grandchildren were told that they would be buying a micro pig for £60 in the form of Twiglet to keep their grandmother company in her house. Unfortunately for them someone must have screwed something somewhere along the way because Twiggy turned out to be an actual pig and soon begin eating the Armstrongs out of house and home on a diet of Chinese takeaways, porridge and chocolate. Sounds like one of the worst house guests ever!

Sadly, Elaine died last summer and went the family tried to move Twiglet out of the flat he becomes scared and angry. In the end, RSPCA investigators, firefighters and vets all had to join forces to get him out of the flat successfully, sedating him and then lowering him down the stairs on a bariatric stretcher.

Elaine’s granddaughter explained why this situation had happened by saying the following: 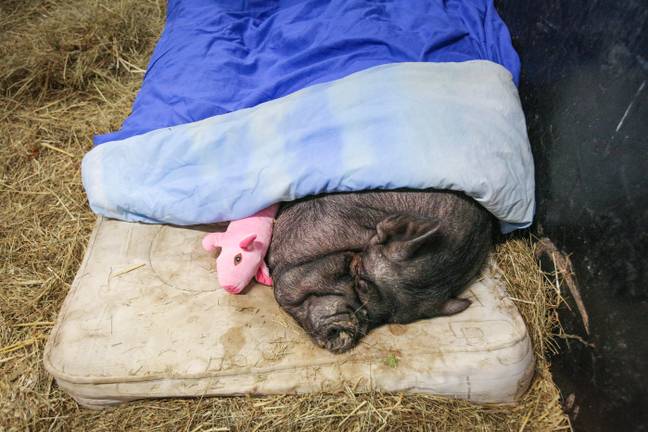 My nan had always wanted a pig ever since she was a little girl, so we bought one for her for £60 off Facebook.

She was absolutely besotted with Twiglet and loved her to death. She was a member of the family.

Twiglet had her own single bed in my nan’s room with her own teddies – that was life for Twiglet. She got everything she wanted.

No one was allowed to bad-mouthed Twiglet or make jokes about bacon sandwiches around her. She was my nan’s world.

If you had nothing nice to say about Twiglet, you had to say nothing at all. She got too big to get down the steps and go out.

Classic case of a besotted owner feeding a pig anything that it wants. Twiglet has now been rehomed at Peppers Field Equine and Poultry Rehabilitation Centre, where she’s started to shed some weight after swapping her junk food diet for one consisting of a whole bunch of fruit. It’s not known if another owner will be found for her, but she seems to be in good spirits despite no longer ruling the roost and getting whatever she wants whenever she wants it. Must be quite a culture shock for her there.

For more of the same, check out this story about a woman who go eaten alive by her own pigs. What a way to go.