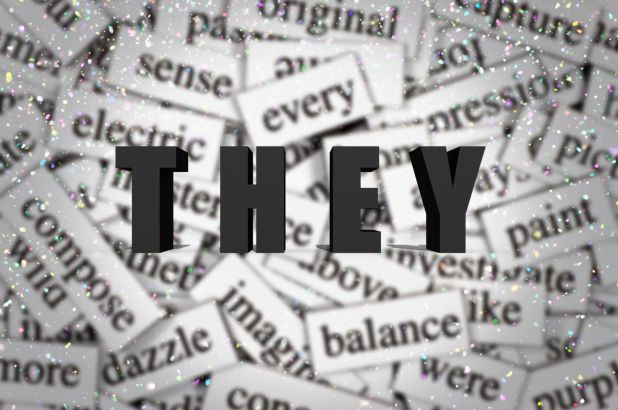 Who gets to decide what the word of the decade is? Looks like the American Dialect Society does, and they’ve decided that the honour goes to gender-fluid word ‘They’ as having the biggest impact in the 2010s.

The personal pronoun employed by “nonbinary” individuals, meaning they identify as neither male nor female, was called a “vital indicator of social trends” by language experts in New Orleans at the Hilton Riverside on Jan. 3.

The organization also selected “(my) pronouns” — she/her, he/him or they/them — as their Word of the Year 2019. The singular “they” was previously chosen as 2015’s word of the year, as well.

The chairman of the American Dialect Society’s New Words Committee, Ben Zimmer, added in a statement:

When a basic part of speech like the pronoun becomes a vital indicator of social trends, linguists pay attention. The selection of ‘(my) pronouns’ as Word of the Year speaks to how the personal expression of gender identity has become an increasing part of our shared discourse.

That trend is also reflected in singular ‘they’ being chosen as Word of the Decade, with a growing recognition of the use of they for those whose identities don’t conform to the binary of he and she.

Gender fluid ‘they’ named Word of the Decade by American linguists https://t.co/1aLY817ssP pic.twitter.com/8XkugGCWqM

Have to say bit disappointed they didn’t choose a better word that more people should be using in the 20s like ‘ginormous’ or ‘lobstronomous’ or fun words like that. Even still it’s not really surprising since this is all about obtaining woke points rather than celebrating a great word and there’s no word more woke than ‘They’ these days.

Not that any of this really matters, because ‘Word of the Decade’ means absolutely nothing at the end of the day. No one even knows or cares what the American Dialect Society is, do they? So think about that if this triggers or annoys you to high heaven.

One word that never stood a chance was ‘manhole’ – it’s even been banned in parts of California.