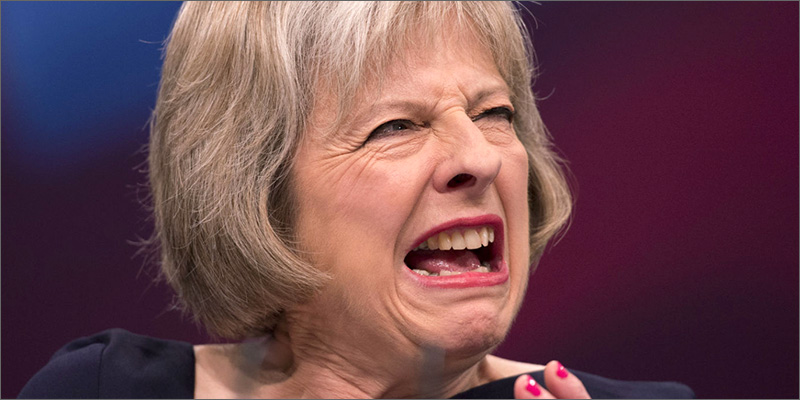 In case you forgot, the naughtiest thing Theresa May has ever done is “run through fields of wheat”. Really relatable and in touch with the common man there.

Well it turns out the PM’s wheat frolicking was an entirely sober activity and not the result of her blazing a giant zoot beforehand, as May has come out and admitted she has never smoked cannabis in her life. Shocker!

May was asked whether she had ever smoked marijuana as the government announced a review into the use of medicinal cannabis. 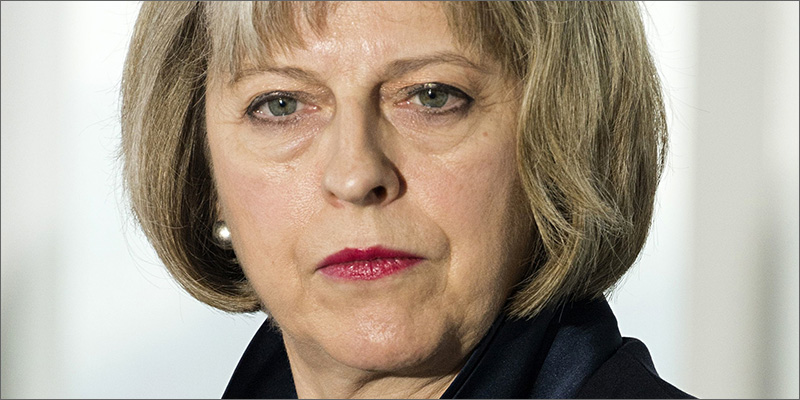 Interestingly though, Theresa’s husband Philip May owns company Capital Group which is the biggest investor of GW Pharmaceuticals, one of the biggest cultivators of cannabis in the world.

The company grows it in the UK, where it’s banned, and exports it to other countries where it’s legal. Raking it in.

Anyway, Twitter had a (wheat?) field day with it:

Imagine if we all misheard and it was actually 'fields of weed' https://t.co/FppTiZhLt6

Theresa May's spokesperson confirms the PM has never use cannabis. Bit of a silly question really. Everyone knows the naughtiest thing she's ever done is wrongly deport a large number of foreign born British pensioners.

Theresa May's government are going to legalise medical cannabis so literally anything is possible now. England will win the World Cup. Donald Trump will release his tax returns. Putin will resign. But Peter Hitchens will never stop talking rubbish about drug policy.

Theresa May says she's never taken cannabis. There's a surprise. The only person in the land more square than me.

I think we can all instantly believe Theresa May's denial that she has ever taken cannabis. Just not an interesting enough person.

Would love to see Theresa May running through fields of cannabis

Theresa May looks so uncomfortable and squirmy discussing cannabis legislation.. if only there was a herbal remedy she could ingest legally to chill her out before such events…. #CannabisOil #parliament #TheresaMay

Theresa May’s husband profits from the largest legal cannabis farm in the UK, which exports cannabis oil etc to the US while patients here are suffering without it.

I'm not a 'stoner'.
I don't smoke cigarettes.
I don't wish to get high.
But the fact that cannabis is illegal in the UK, which is the biggest exporter of raw cannabis in the World, makes no sense to me.#LegaliseCannabis#LegaliseCannabisOil@theresa_may @10DowningStreet pic.twitter.com/AwkviGUVzJ

WHY should you @theresa_may be able to go home at the end of your day and drink a glass of wine and we cant go home and smoke a joint???I’m assuming you’re aware of the alcohol specific death rates in our country???Are you also aware no one has EVER died from taking Cannabis???

Some fair points there.

The good news is that the Home Secretary has announced there will be an official review into the use of medicinal cannabis in the UK.

Sajid David clarified that the ban on recreational use will continue (boo), but he will consider evidence for giving the drug on prescription.

For a look at the world’s expensive spliff which got auctioned off earlier this week, click HERE.