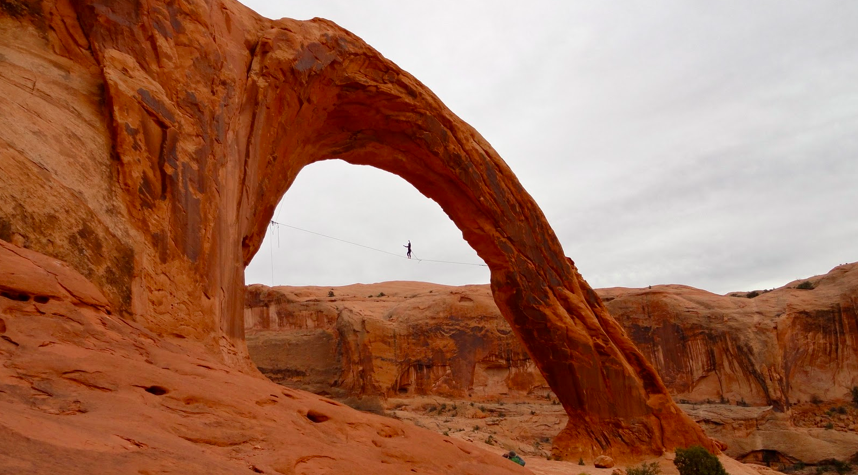 Some guys went camping in the desert and instead of toasting marshmallows they built the word’s largest rope swing. It’s totally insane.

So a guy called Devin Graham took a load of friends out to the desert in Moab, Utah. There they proceeded to have the coolest fucking day anyone has ever had on a camping trip. Initially using a bow and arrow (just to get the rope across, otherwise they’d be idiots) they hooked up a rope to swing themselves under the naturally formed Corona Arch, and took turns in swinging 400 feet like freaking spider man.

When you first look at the set up, it seems like this is the beginning of a horrible video, surely no one could be this dumb and survive? Well clearly yes they can, and don’t call me Shirley.

Insane Guy Climbs Around A Crane With No Safety Equipment

The only thing that rivals how awesome this is, is the fact that apparently a couple involved in the filming split up, after the dude pushed his girlfriend off a 400 foot cliff…  Luckily it was caught on tape for us to show our other halves next time they say we’re being insensitive.

This video is so good that the world is trying to give Devin Graham a high five right now, so Devin, from all of us at Sick Chirpse, well done dude.