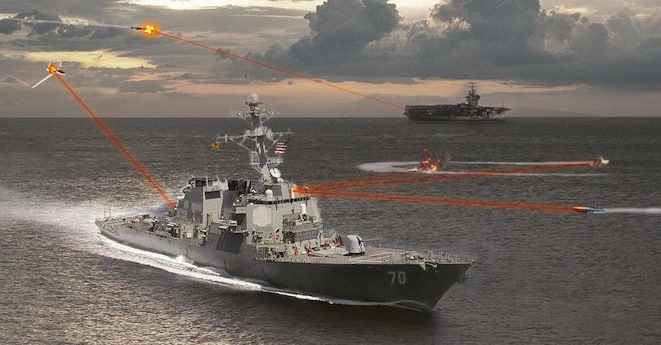 The US Navy has spent $32 million building a giant laser cannon. Check out the video of them firing it at a drone in the sky. 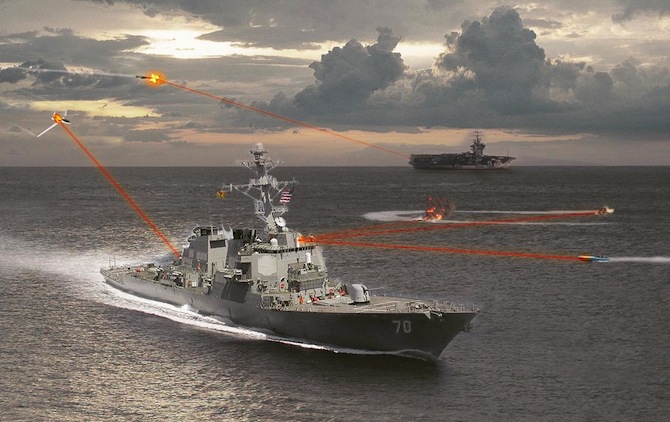 A cannon. That fires lasers. Woah.

Just take a look at the video below where they test it on an aerial drone. It’s like when you used to scorch ants under a magnifying glass, except, you’re scorching a plane with a massive laser cannon!

The laser cannon — which is going to be deployed soon to shit up Iran and North Korea —  cost $32 million to build and is designed to destroy small boats and aerial targets without the need for bullets. Because why use bullets when you have a cannon that shoots lasers? Bullets miss and run out. Lasers are highly accurate, don’t run out, and travel at the speed of light, so you’re not going to be dodging those bad boys in a fighter plane, ship or anything else.

Despite how expensive the laser cannon was to build it’s actually pretty cheap to run. As it runs on electricity it can fire lasers as long as there is power at a cost of less than $1 per shot. Would you pay $1 a shot at Quasar? Probably not, but you would if you were able to use this thing.

But the future of warfare – as they’re calling it – is not without its problems. There are concerns the laser could accidentally take out satellites and other aircraft, and also the fact that lasers don’t work well in rain or fog. So they’ll only be used for war and killing on nice days with clear skies.

Also, as one astute YouTube user pointed out, who I’m going to paraphrase for the sake of grammar, what happens when the enemy starts using planes and boats… made out of mirrors?

The Extremely Worrying Yet Really Cool World Of Non-Lethal Weapons

Check out the laser cannon in action: