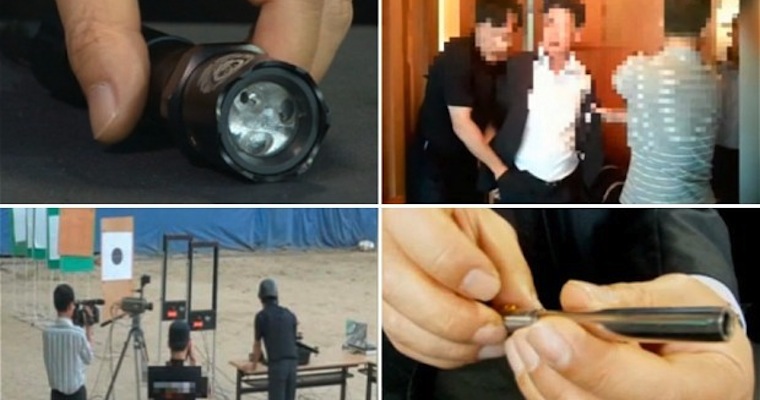 The image above may look like any normal flashlight, but the truth is that this flashlight holds three bullets and can kill you in an instant. SICK! 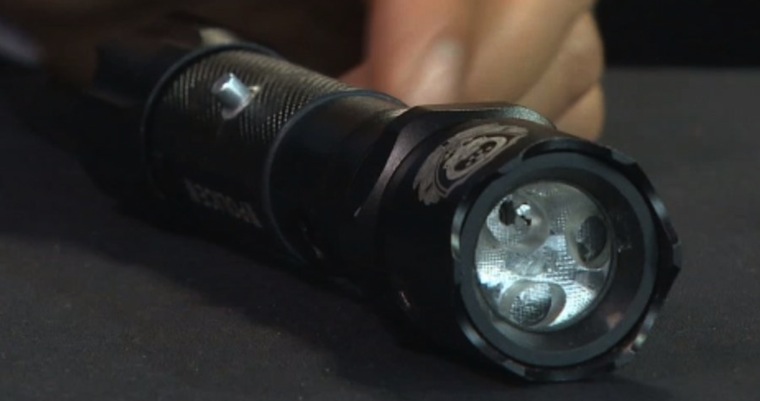 The image above may look like any normal flashlight, but the truth is that this flashlight holds three bullets and can kill you in an instant.

Now we all love James Bond secret agent kinda stuff, especially when it comes to concealed weapons that James Bond and Q made famous. Exploding pens and guns that can only be fired by one person (usually Bond) hit our big screens throughout the Bond series, but it turns out that these things actually exist and are being used today. Well maybe not actually today, or maybe they are, we’ll never know because this is some super secret shit ya’know.

Last year an apparent North Korean assassin was caught in South Korea with three deadly weapons that were concealed in everyday pieces of kit he held on him. The first being a pen that had a needle coming out the end which injected poison into whoever it stabbed. When hit, the victim’s muscles would seize up pretty much immediately, causing suffocation. The next piece of kit was a Parker pen that fired one singular bullet which was doused in poisonous powder. When the bullet hit and pierced the victim the poison would seep into their blood causing the same seizures and suffocation as the previous device – narsty. The third and final weapon found on this assassin dude was a flashlight that could fire three bullets with power and accuracy. If hit in the right place (head shot BOOM) then it would probably kill the target.

PSY, you better watch your back. Check it:

â˜› Read Next: PSY And MC HAMMER Have A Dance Off