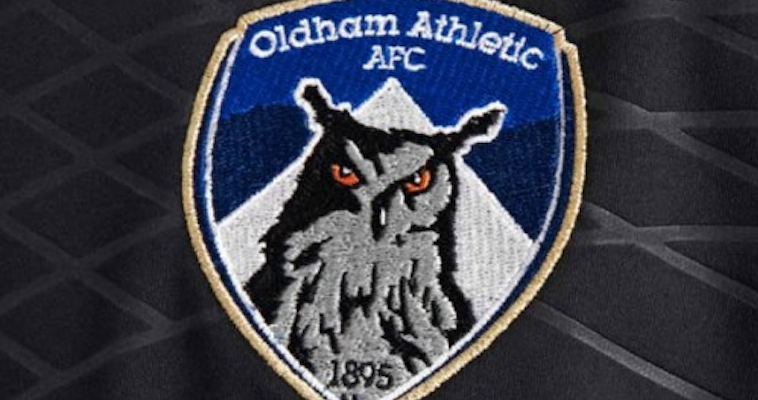 It’s easy to prank someone in the 21st century and these guys nail it on one hapless victim, simply by phoning him and telling him he has trials at Oldham Athletic football club. He then proceeds to post a plethora of inane status updates about it that will make you piss yourself.

Pranking people is probably the most fun you can have, even if you don’t get to see the results. I mean I just did a prank this morning and I’m probably not gonna see the results but I know it’s going to be completely lolz. Basically some guy I used to know is coming back to LDN for the weekend but he doesn’t have any dealers in LDN’s numbers anymore and wants to get messed up this weekend so he sent me a Facebook message asking me for a dealer’s number but I just gave him my housemate’s phone number instead. That’s gonna be some lolz. Hopefully I’ll be in when he calls and see how it goes down but if not I’m sure I’ll hear about it and it’s lolz enough just to know that it happened. In fact both of them could possibly read this before it happens because I know they’re both big fans of Sick Chirpse but I’ll keep my fingers crossed that they don’t. Or to be honest it might be better if they both read it but didn’t realise I was referring to them until afterwards. I guess we’ll see over the weekend.

Anyway, this might not be the UK’s funniest prank but it is pretty damn funny so props to Olly Mitchell for sending it over to us. Basically a bunch of what I guess are unilads are sitting around a room – probably getting baked – and they get some girl they know to phone up some douchebag called Marcel Thiago Barker who has been bragging on Facebook for about three weeks about winning some five a side football tournament and get her to convince him that he has got trials for Oldham Athletic. It wasn’t even hard to do, she just phoned him up and pretended to be from Oldham and then sent him an email with a shitty jpeg of Oldham Athletic’s crest on it and he was drawn in hook line and sinker. He was none the wiser.

Now, that in itself isn’t that funny a prank. I mean, it’s OK but it’s not exactly earth shattering or anything, it’s just made really really good by the fact that this Marcel Thiago Barker is just a complete and utter Facebook/social media douchebag, and so in this video you get about ten of his Facebook status updates about how he has trials for Oldham and that he’s made it etc etc. He literally posts everything ever on his Facebook – you know the type, everyone has them on their feed and they just can’t help but check in every time they go to Nando’s or update their status every time they do something mundane/vaguely good like going to a football match or beating someone at FIFA or something – and his updates about this are solid gold. You can see them all in the video below but I think my favourite was a picture of him walking up some stairs with a poster next to it saying ‘There is no elevator to success, you have to take the stairs’ along with the comment ‘The Beginning. #oldhamtrials #roadtosuccess #believe #football #dream #onechance.’ Too many hashtags guy. And too much information too.

Seriously, people that update their statuses with all this crap make me want to kill myself but then at the same time I love them so much because coming onto Facebook and laughing at how stupid their lives are makes me feel a lot better about mine. I especially hate it when someone updates their status loads about something good that has happened to them over and over again, it’s like ‘dude, all of your friends will know if something good has happened to you because they’re your friends, why the hell do you need to make sure that some assholes you went to school with 7 years ago find out as well? Or that guy you met at that house party that one time? Etc etc’ I mean it’s cool something good has happened to you, it really is and so maybe once is OK, but bragging about something like a trial at Oldham Athletic as much as this guy does is just retarded and annoying and makes you look like a complete and utter moron, especially when you find out that it isn’t true.

â˜› Check This Out Next For More LOLZ: Dude Pranks His Mate By Pushing Him Into Shark Infested Water

This kinda happened this morning when some guy I know posted this status: ‘looks like I’m moving to Australia…..my band got signed’ which apart from sounding like the biggest load of bullshit ever is also so deliberately vague that it’s just begging to invite some prick you haven’t talked to in years to ask you a question about it, which is exactly what happened. Predictably – presumably so that when it DIDN’T HAPPEN the dude didn’t look like a prick – the status was deleted by lunchtime. So standard and pretty much everything I hate about Facebook. Unfortunately I didn’t get a screengrab of it.

But yeah anyway, Marcel wasn’t as lucky as that guy because these pranksters got screengrabs of everything. Everything except probably the most crucial part of the prank. This is probably my one complaint about this video because you DON’T get to find out what this dude does when he finds out it was all a prank, which kinda defeats the whole object of it. All the status updates and conversations that you see this cocky little shithead have are awesome, but you feel like they’re building up to him getting his pants yanked down in public and you never get to see that. I would have loved to have seen what his status update was after he got pranked, I can’t even imagine what it would look like. Or maybe a video of someone telling him to his face so you could find the exact moment his heart breaks like when Bart shows Lisa when Ralph Wiggum’s heart breaks.

Still, maybe there’s a sequel coming out soon or something and we will get to find out. We can only hope.  In the meantime this is still pretty funny and worth checking out:

â˜› Watch This Next: Elevator Prank That Will Actually Make You Shit Yourself