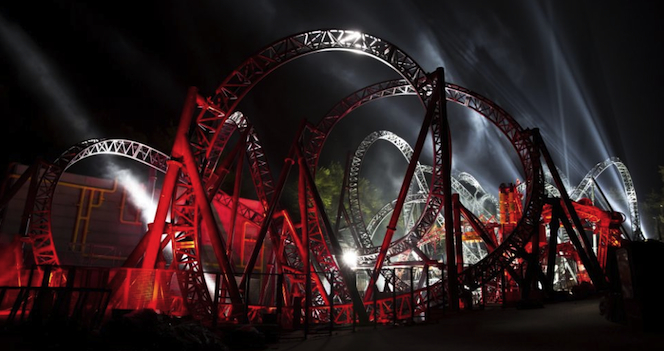 Alton Towers hasn’t introduced a completely sick ride to its repertoire for a good few years, but it looks like it’s going to smash all other rides out of the ballpark with the debut of The Smiler.

I’m pretty into rollercoasters but I had no idea that there was a new one coming out at Alton Towers this year. I’m not surprised that they’ve pulled out all the stops for it though because that XIII ride that they brought out a couple of years ago was really terrible – it was almost like they had regressed to the 1980’s or something after they had brought out so many sick rides in the years leading up to it like Air and Rita Queen Of Speed. It looks like The Smiler is going to surpass all of those though and bring Alton Towers back to the top of the pile in terms of extreme thrill rides because it looks completely killer.

If you can forgive the fact that it’s called The Smiler then it looks like one of the most badass rollercoasters in history. Not only does it have 14 loops – which is the most loops out of any rollercoaster in the whole damn world – but there’s also a 98 foot drop (whoa!) and it also travels at speeds of up to 53mph and lasts over two and a half minutes. That’s pretty fast for a rollercoaster you know – although obviously not Rita Queen Of Speed fast – and also an insane amount of time for a rollercoaster to last as I’m pretty sure most of them are done in under a minute. It’s twice the length of Nemesis which I always thought was pretty long for a rollercoaster, if that puts it into perspective.

The ride itself was also designed with the help of psychologists and scientific researchers in order to make sure that riders were truly pushed to the limit during it (!) and aiming to ‘blur the line between illusion and reality.’  Apparently there are five different mind effects and you get shot towards giant hypnotic wheels, huge syringes and flashing lights, as well as other features that have yet to be announced and they’re probably keeping secret so that your mind is actually blown the first time you ride it.

Wow. I don’t really know what any of that means or how they would do any of it so it would actually turn out good, but it sounds like they really put a lot of thought into The Smiler doesn’t it? So yeah, I’m actually really excited for it. I guess it’s just a shame they didn’t put more thought into the name huh? But yeah, if that wasn’t enough to convince you that the ride looks completely sick then take a look at some of these pictures if you don’t believe me. It looks epic and I think I’m gonna have to hit up Alton Towers at some point during the summer to ride it. 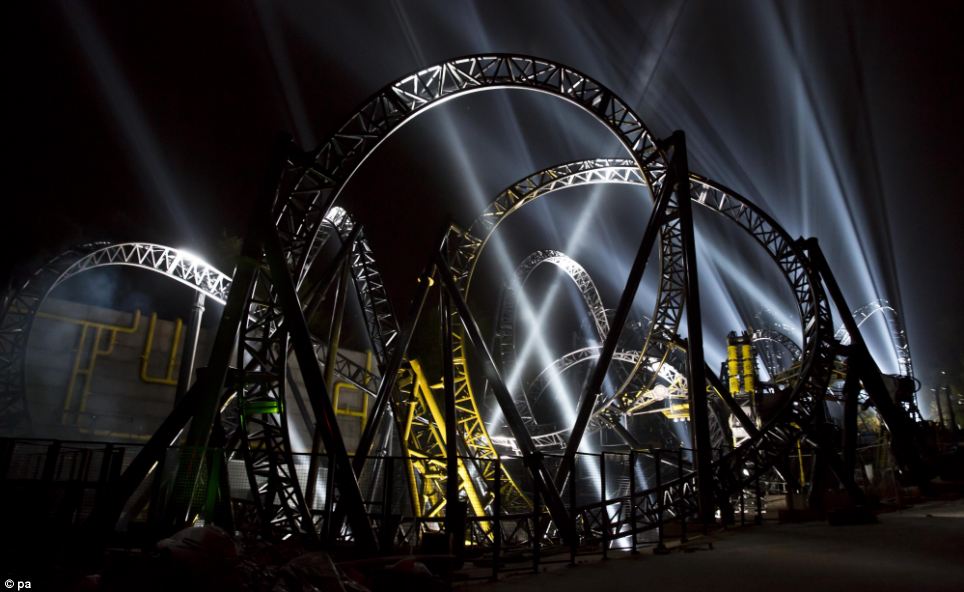