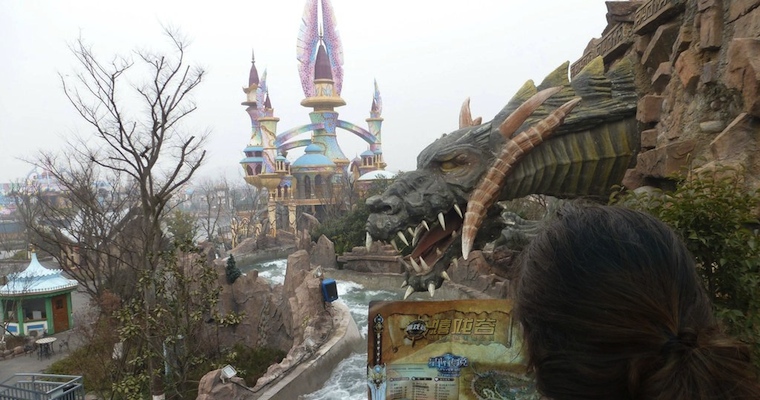 If I was going to invest $48 million into something, I would probably make sure that it was completely legit and legal before doing so. I guess simple logic like that doesn’t exist in China though.

I love theme parks. They’re awesome. How can you not like theme parks? You get to go on scary rollercoasters, get freaked out by haunted houses, get really wet on the log flume and maybe do some lame stuff too like go on the dodgems and try and win carnival games. I like theme parks based around a specific idea too, you know like Park Asterix over in France is based all around Asterix’s adventures or Universal Studios is based all around your favourite movies or whatever – it’s a cool idea for a theme park and let’s you come up with stupid names for rides like the Tower of Zeus when you would normally have to put up with something generic like Tower of Terror or Hurricane or something.

So I guess it was inevitable that sooner or later we would be seeing a theme park based upon a computer game, but instead of geting a cool Resident Evil or Super Mario theme park we’ve got a super geeky World Of Warcraft theme park. I have never ever gone anywhere near World Of Warcraft and I’m pretty happy about that because it looks like the kind of thing that would take over your life and lead to you becoming super obese and never leaving the house, except maybe to score some more weed or coke off your dealer to fuel your next session (yeah, my outlook on it is pretty much based on that episode of South Park) but I guess there’s probably some pretty cool visuals and places to go in it so making a theme park out of it makes perfect sense.

Of course, I would have expected the people making this theme park to be associated with the game itself, or at least have obtained permission from Blizzard, the company who make the game. But no, that didn’t happen at all. Over in China some dudes thought it would be a good idea to plough $48 million into a theme park based around a concept that they had absolutely no right to use. Maybe copyright law doesn’t exist in  China or something? But yeah that is a pretty nuts thing to do right because that’s a hell of a lot of money and it’s likely that Blizzard are just going to sue them or make them change the whole freaking park pretty soon because they’ve definitely heard about it since it went viral a couple of days ago when some reddit user visited it and took a bunch of pictures. Smart move China.

The park itself sounds pretty rad though and I would definitely like to visit it if I can make it to the Changzhou region of China before it  gets locked down. According to this reddit user – who’s name is FrancescaO_O – the place was really massive and they didn’t actually have enough time to visit everything there before they left. I really like this because I hate it when you run out of stuff to do at a theme park really early – I like to go on every ride and for it to be a challenge for me to do that. I was really bummed out when I went to Thorpe Park a couple of years ago and missed out on the rapids by like one minute.

The rides also look completely sick and there’s also a bizarre rating system at the park for all the rides where they are given a ‘happiness’ rating as well as a ‘splendor’ rating. You would think that rides with a low happiness rating probably sucked, and I don’t really know what you would think a ride with a high splendor rating entailed. FrancescaO-O couldn’t figure it out either but she seemed to think that happiness tended to relate to the kiddy rides whereas splendor related more to the thrill rides. Which doesn’t really make any sense at all but I guess something was lost in translation, kinda like the need for copyright laws as well.

Oh yeah, and also the park isn’t called World Of Warcraft World or anything like that, they have named it Joyland. I guess that’s one way to avoid a potential lawsuit, right? Anyway here are some pictures from Joyland, I’m sure you’ll agree it looks awesome. If you’re a real geek then you’ll probably know all the characters/locations but because I’m not I don’t. Sorry about that. I really enjoyed the description of ‘top of rotating clouds’ and also the fact that even though they’ve got a cool World Of Warcraft franchise they still have to use lame names for rides like the Skyscrapper. Enjoy.

â˜› Check This Out Next: Jurassic Park 4 Leaked Plot And Concept Art 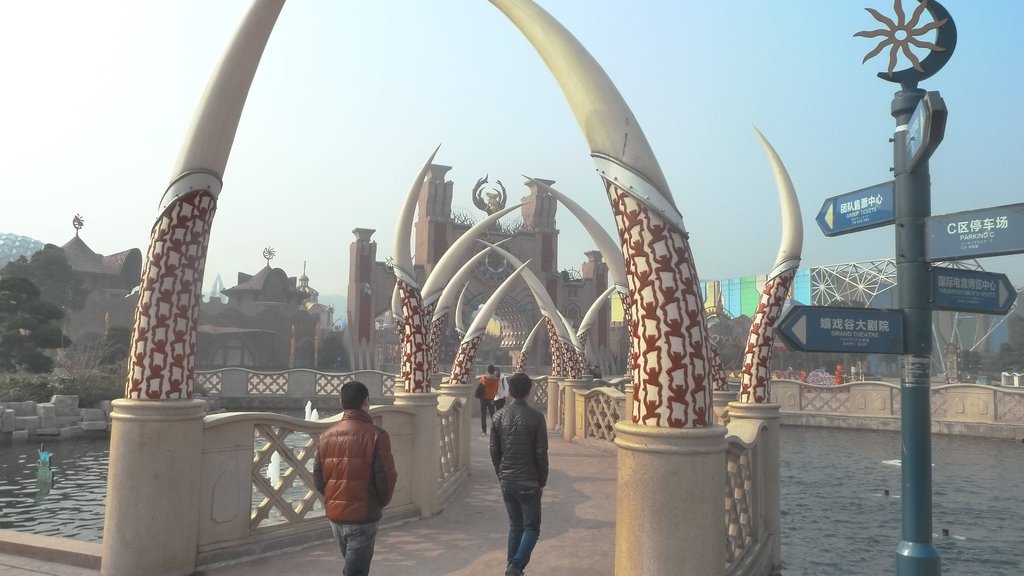