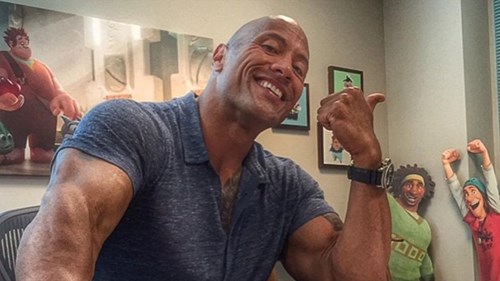 We can’t keep up with how awesome this guy is.

This bloody guy again. Why is he so good at everything? Can anyone think of a single bad word to say about The Rock? Because I sure as fuck can’t. He already surprised one of his biggest fans this week by officiating his wedding and now just a few days later he attempted to break the world record for the most selfies taken in the space of three minutes.

Did he manage it? Course he fucking did:

The final tally was 105 selfies, smashing the previous record of 75. Being the stand up guy that he is he even thanked the London crowd afterwards:

I swear, The Rock could run for President one day and just go around doing stuff like this on his campaign trail and he’d get voted in every time. First even Samoan American president? It could happen.