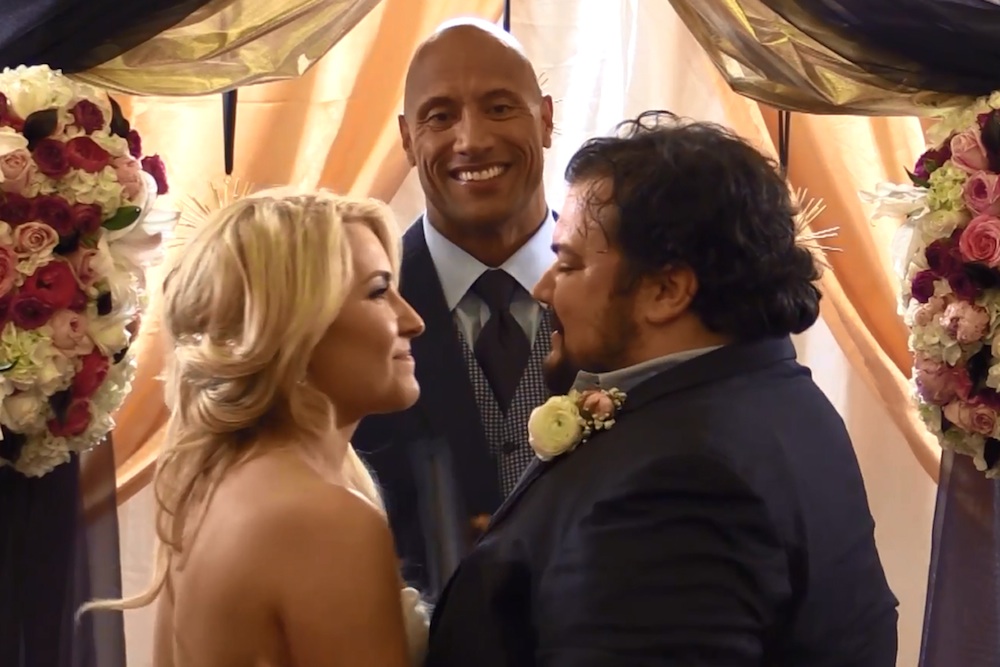 The Rock nails it once again.

As if The Rock wasn’t crushing life hard enough at the moment with his recent incredible Mother’s Day story, he just had to go and raise the bar again with this amazing show of generosity to one fan.

Nick Mundy is some comedy writer who interviewed The Rock a few times or something, and the pair remained friends, tweeting each other now and again and hanging out whenever The Rock needed an interview. Mundy thought that he was going to be interviewing The Rock again, but what he didn’t know was that The Rock was actually going to officiate a surprise wedding to his fiancee Dilara Karabas, who is shockingly hot given how fat he is. It’s a really elaborate prank that took a lot of planning with all of Nick’s family and friends being flown in and another prank beforehand to get Nick really down and pissed off before the wedding, but it really hits paydirt when you see his face as he walks into the wedding ceremony.

Like The Rock says at the start of the video, they’re really raising the bar with prank it forward pranks and it’s going to be a long time before anyone tops it. We can probably also forgive the fact that this was all an elaborate ploy to plug The Rock’s new movie San Andreas  – he even mentions it during the wedding vows – because it’s just so awesome and Nick seems so happy and surprised during the whole escapade.. A+.