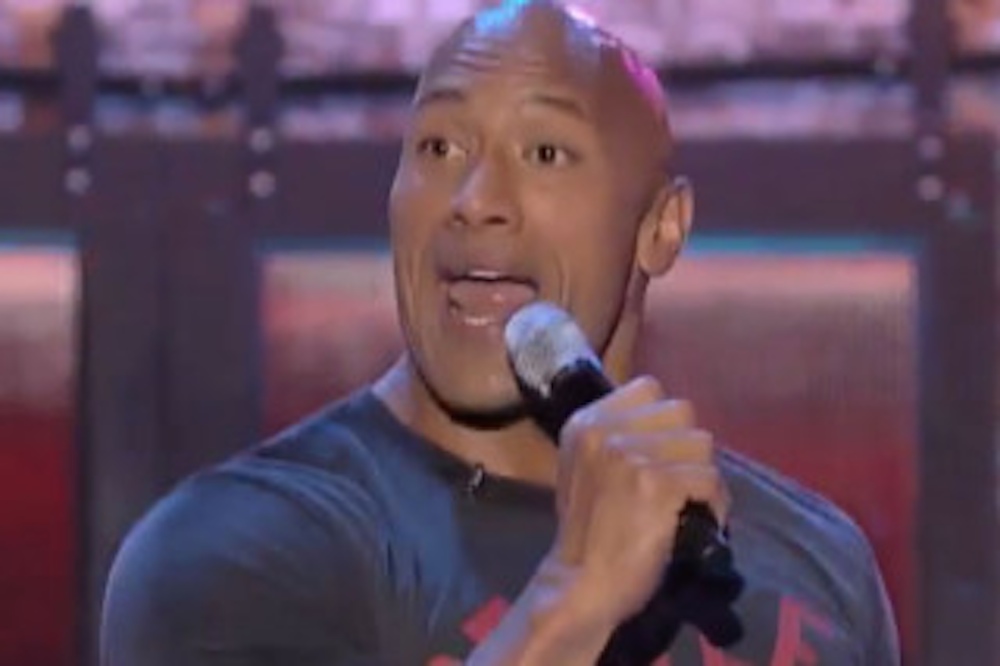 The guy can do it all.

The Rock just can’t stop killing it right now. Not content with being the highest grossing actor of 2013 and delivering some of the greatest insults of all time, he’s still after more accolades as he attempts to become something called the lip syncing champion in a competition that’s run by LL Cool J.

The premise is fairly simple – you just have to lip sync your favourite song I guess – but the execution is obviously hilarious as this 15 second clip on The Rock’s Instagram of him lip syncing Taylor Swift’s Shake It Off proves. The episode is due to air next month but it can’t come soon enough after this clip because it’s clearly going to be one hell of a performance and will almost certainly win the competition, no matter which idiot celebrity he’s facing off against.