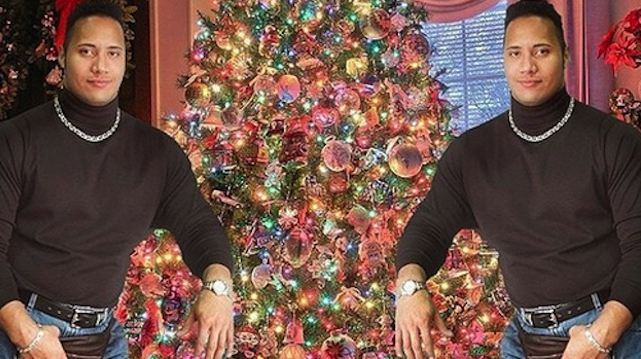 The Rock captioned the photograph #LookingLikeTwoBuffLesbians.

Not content with singing Christmas karaoke and dancing around in a onesie, The Rock had to win Christmas yet again by releasing one of the sickest Christmas cards ever.

It’s basically that dumb picture of him from the 90s with a bum bag that re-emerged a few months ago, copied and pasted so it’s doubled and stuck in front of  Christmas tree. Sure, it probably took the guy about one minute to make but damn it’s good.

The Rock captioned the photograph #LookingLikeTwoBuffLesbians and said himself that the photo was ‘f’ed up’. I can’t say that I don’t agree with him, but that’s what’s so great about it too and it’s great that The Rock can still laugh at himself despite being one of the biggest movie stars around now.

If you want to know what was in The Rock’s bum bag, click here. 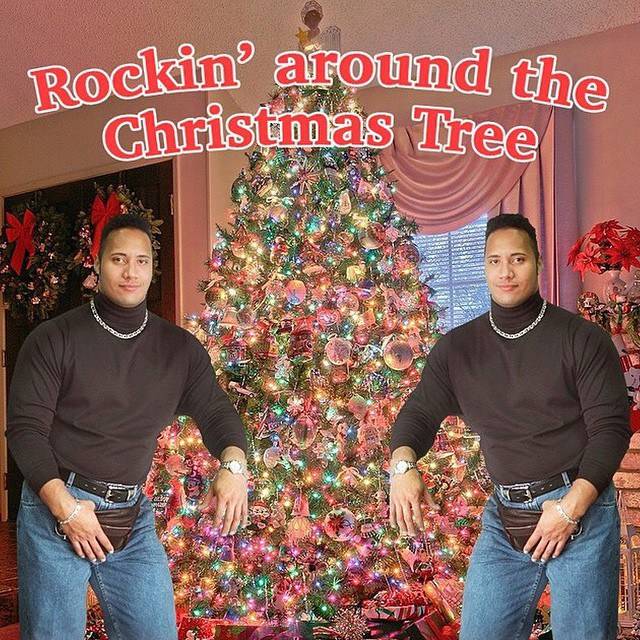