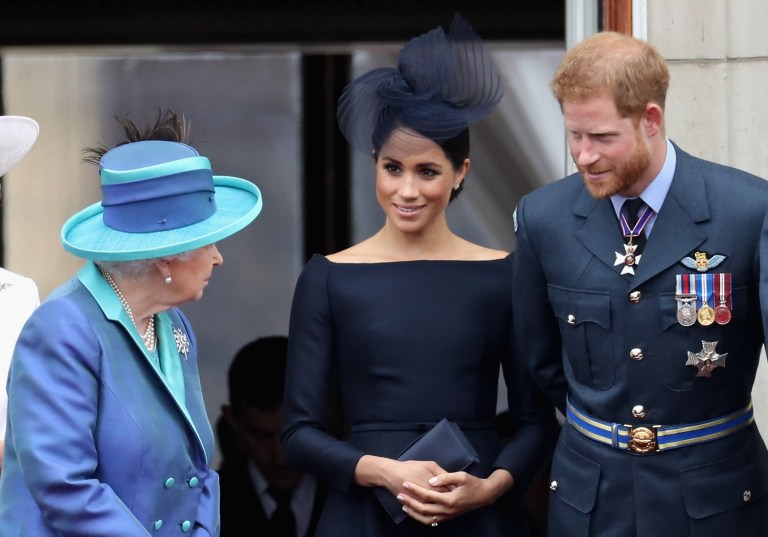 I’m fairly sure that the only way you wouldn’t have heard about Prince Harry and Meghan Markle effectively quitting the royal family and striving to become financially independent would be if you haven’t been on the internet/Twitter in the last 24 hours, so we’re not gonna talk about that decision but instead focus on just how pissed off the royal family is about the decision.

Top of the list on this is the Queen herself, who not only is annoyed, hurt and disappointed by the fact that wasn’t really involved with or consulted upon this decision and wasn’t aware that they were going to release their shock statement last night, but also apparently more angry with the couple than she was with Prince Andrew after his disastrous TV interview last year.

Here’s what former Royal Spokesperson Dickie Arbiter had to say about the situation:

The Queen will be feeling very let down and very angry.

I would have thought so.

Because look, the Epstein and Andrew thing has been going on for ages.

This is a bombshell that’s just dropped and to suggest that the photograph of the Queen and three heirs in waiting was the touch paper is absolute nonsense.

“After many months of reflection and internal discussions, we have chosen to make a transition this year in starting to carve out a progressive new role within this institution. We intend to step back as ‘senior’ members of the Royal Family and work to become financially independent, while continuing to fully support Her Majesty The Queen. It is with your encouragement, particularly over the last few years, that we feel prepared to make this adjustment. We now plan to balance our time between the United Kingdom and North America, continuing to honour our duty to The Queen, the Commonwealth, and our patronages. This geographic balance will enable us to raise our son with an appreciation for the royal tradition into which he was born, while also providing our family with the space to focus on the next chapter, including the launch of our new charitable entity. We look forward to sharing the full details of this exciting next step in due course, as we continue to collaborate with Her Majesty The Queen, The Prince of Wales, The Duke of Cambridge and all relevant parties. Until then, please accept our deepest thanks for your continued support.” – The Duke and Duchess of Sussex For more information, please visit sussexroyal.com (link in bio) Image © PA

Damn. whilst there’s been no confirmation of this, an official Buckingham Palace statement sounds sufficiently salty to suggest it might be correct:

An official Buckingham Palace statement said the following about the pair’s decision:

Discussions with the Duke and Duchess of Sussex are at an early stage.

We understand their desire to take a different approach, but these are complicated issues that will take time to work through.

Lol doesn’t sound like they’re going to let them go without a fight there does it? The fallout of this is going to go on for ages by the sound of things and I can’t really blame them really – it’s a complete and utter diss from Harry and Meghan, pretty much saying that they’re gonna do Royal stuff when it suits them and just fobbing them off to do whatever they want.

Kinda got respect that because Meghan has just marched on here and made Harry realise how outdated and archaic the Royal Family is as a tradition and convinced him to ditch them for her – only they’re still pretty much gonna get all the benefits from it whenever they want. Major power move and should be excellent to watch on Season 10 of The Crown.

For more of the same, check out this woman who predicts the future with asparagus claiming a member of the Royal Family will die this year. Who’s your money on?