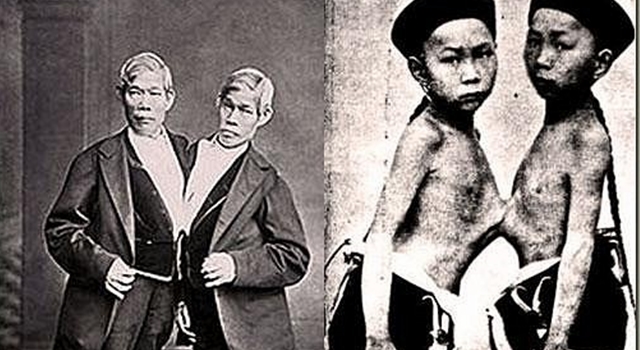 Here’s a story of conjoined twins that made cash out of their disability and managed to pop out more than 20 kids in the process. Chang and Eng were dudes.

Chang and Eng Bunker were two of the very few people to have ever been born fused together and lived to tell the tale. Only about 1 in 50,000 births is conjoined, and survival rates are only around 25% even today. So these permanently bound chaps would be rare enough in modern times, but in early 19th century Asia, even more so.

Chang and Eng were born in Siam (modern-day Thailand) which gives us the term Siamese twins that’s still used to this day.

The brothers were born on May 11th 1811 in Samutsongkram province near Bangkok, joined at the sternum by a bit of cartilage, they shared a liver but both sides functioned independently. In modern times we would have easily been able to separate them,  but back then it would have been pretty risky with minimal chance of survival, so they stayed put. 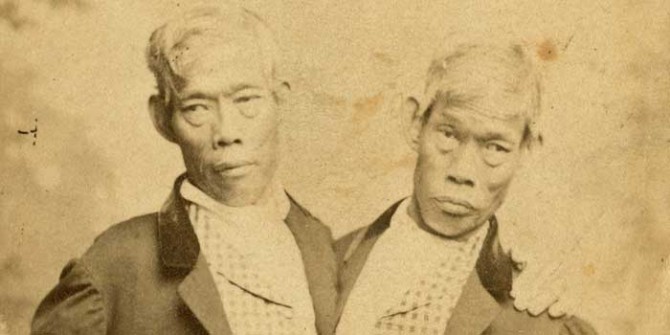 The pair went on to have an illustrious career as freak show darlings, but they were lucky to have made it to their first birthday. In Siam at that time the King was pretty much a god and what he said was laid as law. He caught wind of the twin’s birth and took it as a bad omen and demanded they be killed. Thankfully their mother would not give up the children and the King didn’t follow through with his sickening whim.

â˜› More: Freaks: The Strangest Film Ever Made