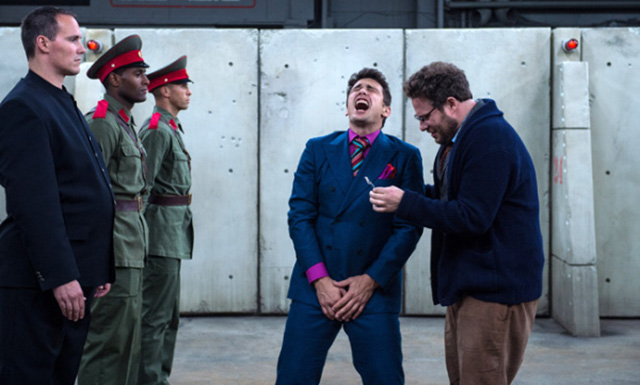 North Korea mightâ€™ve stopped the rest of us from seeing â€˜The Interviewâ€™. but they couldnâ€™t stop these guys and gals attending the LA premiere.

North Korea might’ve stopped the rest of us from seeing ‘The Interview’ (for now), but they couldn’t stop these guys and gals who all attended the LA premiere when it went down (terrorism free) last week:

For all the hoopla that’s been made over the Sony hack and Kim’s demands that the film be pulled from release, The Interview is all talk, a sheep in wolf’s clothing, which makes its frivolous politics all the more odious.

Alonso Duralde at The Wrap

There’s a lot to like here, whether it’s a cameo by Eminem (as himself) making unexpected revelations on Skylark’s show or the Franco and Rogen team’s awkward encounters with no-nonsense establishment types from Langley to Pyongyang. Ultimately, however, “The Interview” could have benefited from a little more rigor in the editing room and a little less decadence in its running time. A little creative totalitarianism every now and then can work wonders.

Tess Hoffman at The Playlist

As it turns out, Goldberg and Rogen navigate this minefield of prurient humor and political incorrectness with aplomb, delivering a high-concept spy thriller comedy that feels as carefree as This Is The End, while managing not to ruin the thrills by too clumsily dumbing down the realities the film plays with. 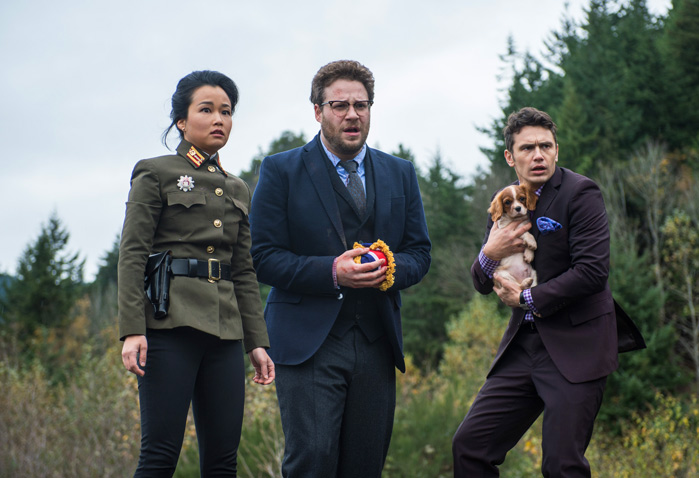 “The Interview” is laugh out loud funny all the way through, and once again proves that Rogen and Goldberg will do anything, no matter how dark, for a big laugh, and that character is just as important as punchlines in their work.

Stephanie Zacharek at The Village Voice

When The Interview takes a dark turn, neither Rogen nor Franco proves adept enough to steer around the story’s sharp curve. The movie feels pinched and mean-spirited, even for one designed to skewer a powerful and dangerous lunatic.

Jake Coyle at The StarTribune

Despite the large presence of Park’s dictator, this is really Franco’s movie. Seemingly energized by his more outlandish performances (like his Alien in “Spring Breakers”), he’s here in full, grinning Jerry Lewis-mode, a rubber-faced infotainment parody. His chemistry with Rogen is predictably solid.

Mostly good. We’re going to go with the dude who said it’s “laugh out funny” because that sounds like most Seth Rogen/James Franco movies we’ve seen.

Here’s a list of 10 films you might want to see later tonight (on second thoughts – maybe not).