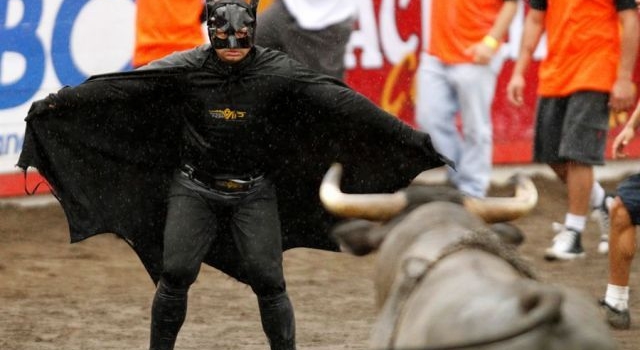 You can’t always know when the grim reaper is on his way, but if you’re messing about with landmines or lift shafts it’s bound to be sooner rather than later.

The awards are given to people who have died in ridiculously dumb ways consequently taking themselves out of our shimmering gene pool. That’s it basically. So if you’ve done the world a favour by removing yourself from the mating game you’re in line for an award.

Ken Charles Barger was 47 years of age back in 1992, little did he know he would never reach 48. Ken woke from a delicious snooze to hear the phone by his bedside ringing, he reached for it in a post slumber daze but instead of the phone his hand found something much more sinister. His fingers curled around the Smith & Wesson .38 on his bed side cabinet and brought it to the side of his head. The gun went off, Ken’s brains flew out. The end.

Every American has the right to bear arms remember.