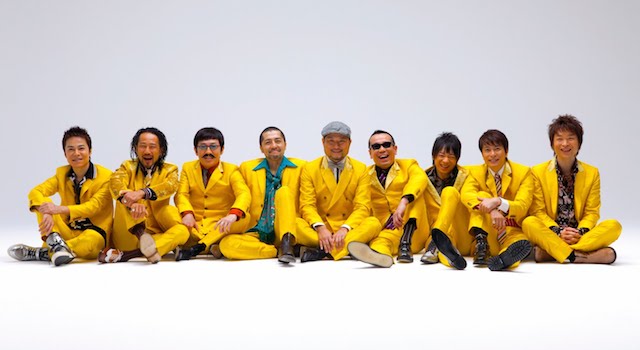 Tokyo Ska Paradise Orchestra are the producers of some of the best ska since ska became ska.

I don’t know about you but I haven’t heard much music from the far east (apart from PSY’s Gagnnam Style) so when I came across Tokyo Ska Paradise Orchestra, I was amazed not only at the sheer energy of the music but also at their relative unheard of status outside of Japan.

Formed by a number of veteran musicians from Tokyo’s underground ska scene, Tokyo Ska Paradise Orchestra (or TSPO if you’re into the whole brevity thing) released their first EP in 1989 and have been continually recording and touring ever since.

Within two years they sold out Tokyo’s legendary Budokan arena where everyone from The Beatles to Bob Dylan to Avril Lavigne have played. Despite the death of their flamboyant front man Cleanhead Gimura in 1995 and their original drummer Tatsuyuki Aoki in 1999, they’ve managed to become ska legends, playing with such greats as Neville Staples and Rico Rodriguez, both former members of The Specials.

Their infectious blend of high-speed percussion, huge brass section and ridiculous keyboards mix ska with everything from Jazz to reggae J-Pop with devastating results.