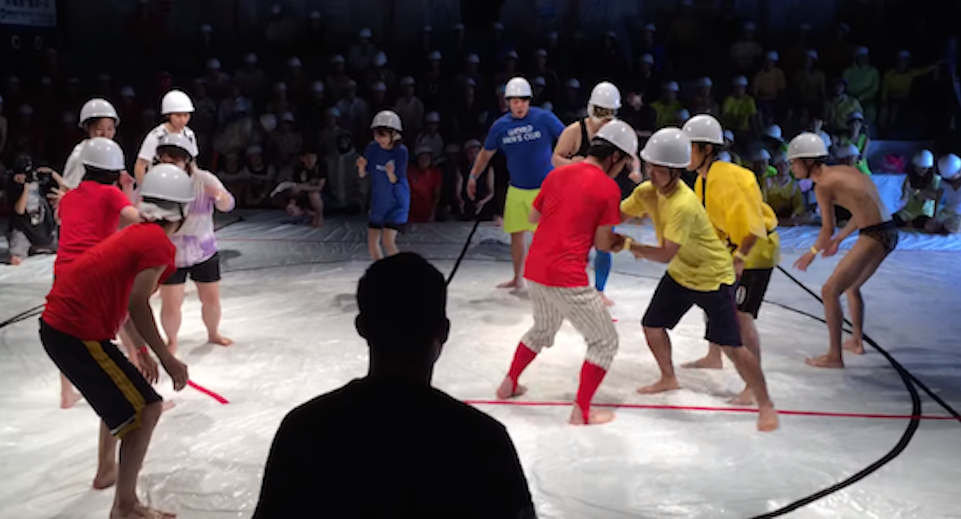 This doesn’t make any sense but it’s funny as fuck.

I don’t really understand why this has been created, but it has and it’s really weird and I needed to tell you guys about it.

Basically over in Japan somebody thought it would be really entertaining/fun to start a version of the Olympic Games where everyone who participated was covered in lube. Why? I guess because they just love lube in Japan.

People aren’t naked (although that doesn’t seem to stop a lot of people from trying to get naked judging by these videos) but that didn’t really seem to matter as people were still so slippery that they could barely stand in most of the events.

Events included relay races (unfortunately not involving midgets racing a camel though), the tug of war, wrestling and curling (huh?!??!) and it looked like it was a really stupid time over there. If you’re interested in attending, it looks like it’s going to be an annual event and it’s called The Sex Lube Grand Athlete Meet and takes place in Tokyo. $100 to enter, $30 to watch. Bargain if you ask me. The next ones are going down on the weekend of July 5th/6th.