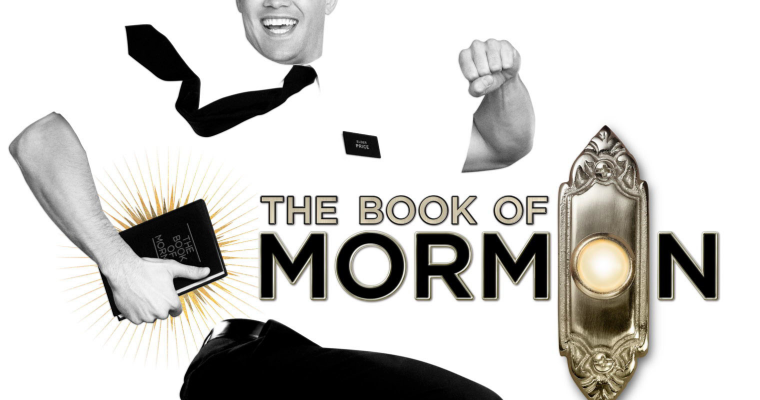 If you haven’t heard of The Book Of Mormon then you must be a curmudgeon and a troglodyte which I truly believe, dear readers, you are not. And if we are all really Brothers and Sisters here at Sick Chirpse then we must all have been excited by the announcement of this Theatre Production.

So a week ago I rather flukely found myself with somebody’s spare tickets to go and see The Book of Mormon during its preview showings.

Not only had I always watched South Park since I was a whippersnapper, so the characters and ethos of the show feels innately built into my psyche, I find it hard to ever see differently or disagree with the Trey Parker and Matt Stone’s viewpoint on culture and society. This relationship was strengthened with the ballslappingly awful, yet fun and nostalgic Baseketball and Orgazmo. More recently followed by Team America, which no body can fault.

â˜› Read Next: Let’s Get Stoned and Watch ‘Round The Twist’

Me and my comrades rock up to a pub just before the show to meet a couple more friends and grab a beer and some shots of tequila. We of course know that there is a real need to be drunk at this event, either that or be on acid. And since we had not procured any, and the only hallucinogen I had was a mouldy old tin of half chewed mushrooms from a Halloween party last year, where spiking the entire party with ‘mushroom soup’ was the aim of my Hunter S Thompson character, – it was tequila we were stuck with.

Suitably drunk we roll into the theatre and take our seats. Now, I am not going to give you any (much) of the plot or too many spoilers, I hope you get the chance to go see it yourselves. If not, then go read a proper review.

The songs are of course amazingly complex and funny. Beautifully written and spewing South Park within seconds of hearing the first notes. It takes no time at all to feel where you are. You are in a cramped, golden balconied, chandeliered, red velveteen, over priced-bottled beer, stuffy theatre where the show before required audience members to arrive wearing a penguin suit. In spite of all this you are watching South Park happen right in front of your eyes and suddenly all the elements of being in a stuffy theatre wash away and you sink into your seat with a bright eyed smile and let Mr Parker and Mr Stone’s comedy genius stream into your face.

â˜› Watch Next: Jake From Two And A Half Men Has Become A Devout Christian, And Is Telling People To Stop Watching The Show

The show sees in typical South Park style, a hell scene where Hitler makes a cameo performing fellatio on a demon, Satan, with his clichÃ© Trey Parker voice, Stereotypical depictions of African Characters like we see in the animation series, a Lion King-esque parody of Hakuna Matata, where AIDS is a focus of the songs comic story (much like one of our favourite songs from ‘Team America’) and a song where it sets up serious sexual innuendo’s by a female character begging to be Baptised and her male counterpart being terrified of this being his first Baptism. I was completely creasing myself at this song, along with the whole audience of course.

But without a doubt my favourite cameo comes from a South Park staple, Jesus. The bit that got a bit of pee in my trousers was when the pre-recorded voice of Trey Parker as Jesus says “You guys” in his unmistakable Cartman voice. 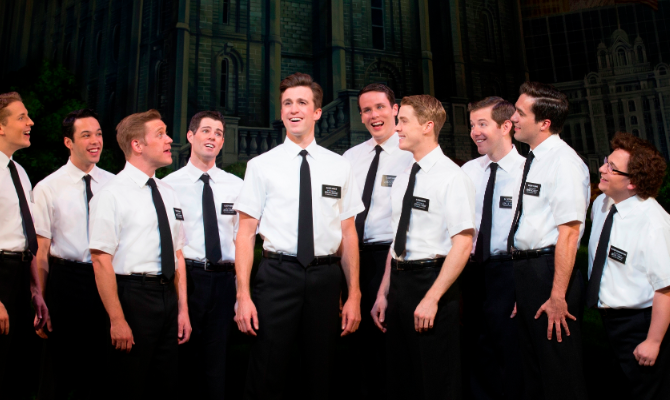 There literally isn’t a joke that doesn’t land. Everything from the dialogue to the choreography is funny. The sets are rad in style and clever in how they work.

The creators Parker and Stone didn’t allow a single dead spot in the story. Even the middle section where the story gets all sad and broken and the characters fall apart like a Jennifer Aniston Movie. The ballad songs even deliver funny, all while still tugging at your heart strings.

â˜› Check This Out Next: Hey Hipster, Why The Fuck Are You Wearing A Bindi?

Behind the wickedness of the pokes and prods to the Mormon faith there is obvious affection from Park and Stone towards people who have faith and the struggle all people find with doing right in the world. It really depicts Mormons as people who are so willing to obtain answers on the world that they will listen to anyone or any faith system no matter how retarded in order to feel that they are morally correct and connected to the world.

Mormon faith is ridiculous and just like the Scientology episode ‘Trapped in the Closet’ from South Park, Parker and Stone deliver education to the audience about the subject matter they are ripping. You learn a little more than you thought you knew about Mormons at this show. Some of what you learn will make you scratch your head as to how these people believe this tripe, but really at no point do you despise the religion you are laughing at.

It’s just non-offensive and funny. And that’s OK to have that in the world.

They are ultimately asking us “does it even matter if the gospel is true? Is any faith better than none? Can bullshit feed a hungry soul?”.

“Atheists, South Park fans, the cynical, the perverse and culture vultures will roll in the aisles”.

I hope you have tickets to go see it for yourselves. 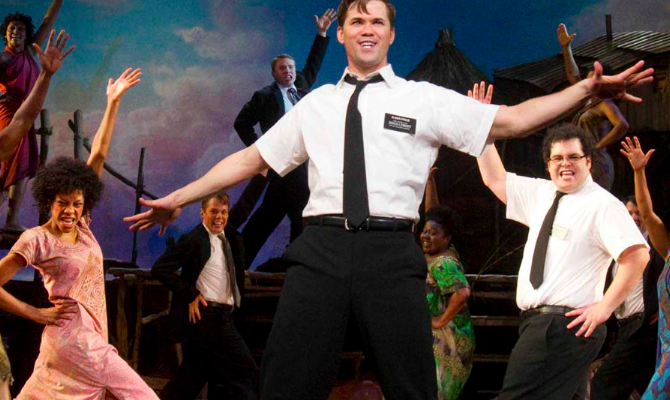