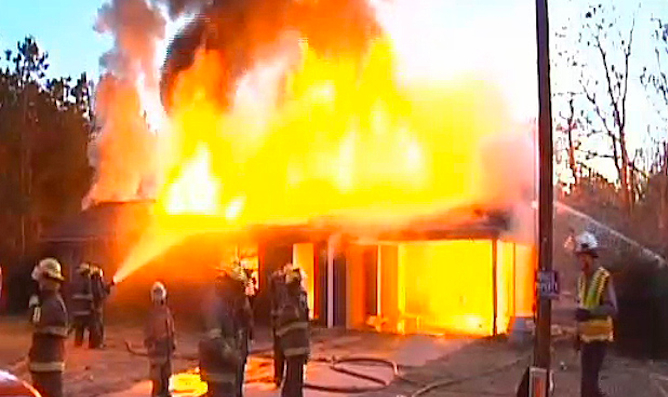 It’s probably stereotypical and slightly racist to think all Texans are as dumb as George W. Bush, but then one of them does something like this and you kind of believe it might just be true.

Man, you have gotta love Texas. Not only has it given us some really cool stuff like Stone Cold Steve Austin, George W. Bush, SXSW, the Alamo and some great BBQ food, but it’s also home of the some of the dumbest people in history. Obviously not everyone in the state (and the south) is completely dumb, but that stereotype does exist for a reason and it’s stories like this one that help reinforce that stereotype.

Basically, over the weekend this woman was outside her house in Texarkana, Texas (yeah that’s a real place) and she saw this massive snake slithering around in the grass or whatever. I would probably be pretty scared if I saw a snake in my garden, I’m not gonna lie, they’re scary motherfuckers but I would probably just run inside and lock the door so it couldn’t get me. I don’t think I would try and attack it like this stupid Texas woman. I mean it’s just slithering around the garden and not really harming anyone, it might not even be poisonous or whatever. You never know what might happen if you attack it though, I mean your house could end up getting burnt down.

So yeah this woman wasn’t taking kindly to the snake and so decided to douse it in gasoline and then got her son to come over and light the little guy up. However, the plan completely backfired. Although the snake was on fire which was the main part of a plan, it also slithered into a brush pile and set fire to that too. This in turn went up in flames and slowly but surely the flames creeped towards this dumb woman’s house where it set on fire too. And eventually burnt down. Man, you would feel so stupid if you set fire to a snake and then it succeeded in burning down your house. You would feel SO STUPID. 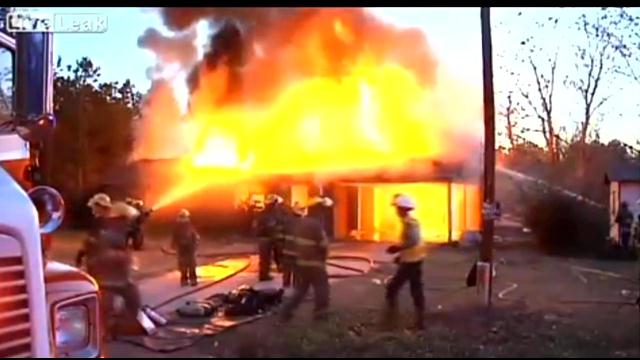 This is exemplified by the transcript of the woman’s 911 call with the local sheriff’s office. Check this taster out:

‘”We were trying to kill a snake with fire. It done caught the house.”

“Yes, the house is on fire. Could you hurry up please?”

I’m pretty sure that every single sentence there, except for the one said by the dispatcher is completely ridiculous. By the time the cops showed up her house was completely burnt down and the fire had even spread to a neighbour’s house too, only they managed to save this one and there was just some minor damage. Phew.

The coolest thing about this story hasn’t been mentioned yet. The woman lived on a road called Will Smith Road. How cool is that? Pity Will wasn’t around because he probably would been able to save the snake and stop the fire. Or at least wipe everyone’s memories so they wouldn’t remember that something so embarrassing had happened to them.

â˜› More Will Smith: Will Smith Shows Up At A Party Unannounced And Drops An Impromptu Freestyle

Here’s a news report of the incident, and you get a cool interview with Sheriff Randall Baggett. Amazing name: