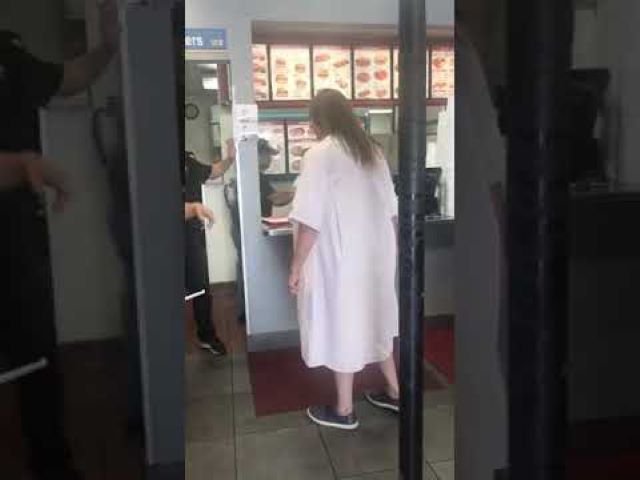 Is this Kane & The Undertaker’s sister?

I’ll be honest – I have no idea if the person in this video really is an escaped mental asylum patient, but she’s wearing a long white patient gown and laceless shoes, so I think it’s a safe bet.

Pure nightmare fuel. Reminds me of old-school Undertaker from WWE the way she’s just lumbering around and freaking everybody out while dwarfing everyone else in the room. In fact should someone maybe get Vince McMahon on the phone? Might be a prime opportunity to introduce this woman as The Undertaker & Kane’s long lost sister. I really thought she was going to chokeslam that poor old lady who was running around screaming at people to call the police.

Thankfully, it seems like no one was hurt and I’m just going to imagine the police turned up and returned this terrifying woman to where she needed to be. Or maybe an exorcist turned up instead? Wouldn’t be a bad shout.

For the 17-year-old non-binary school pupil who stabbed his mum 118 times then phoned to police to ask for a body bag, click HERE.